Visitors have been unable to complete the circuit of the walkway along the stone wall around Deoksu Palace, a royal residence of the 1392-1910 Joseon Dynasty, as the compound of the British Embassy has been sitting on a strip of the palatial perimeter since 1963, resulting in a 170-meter break in the 1.1-kilometer route.

The 70-meter road inside the palace is only open during visiting hours.

The city government and the administration had been pushing the project to open the walkway along since 2014 and managed to persuade the embassy to help it materialize. 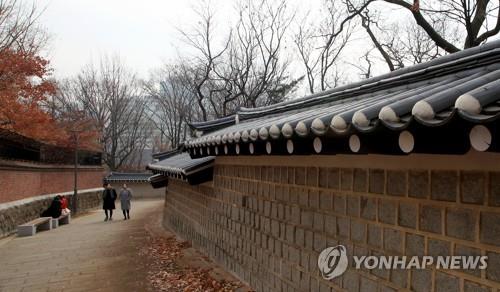