Gov. Won Hee-ryong of the Jeju Special Self-Governing Province on Wednesday announced the approval of the Chinese-owned medical center as a for-profit hospital on condition that it caters only to foreign patients.

Shortly after the announcement, the Greenland hospital sent a letter of protest to the Jeju government, demanding that domestic patients not be prohibited from receiving treatment there. 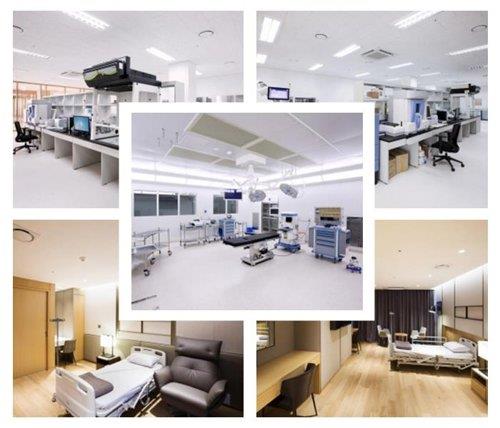 In the letter, the Greenland hospital reportedly complained that the Jeju government ignored its request to treat both domestic and foreign patients.

"The Greenland hospital appears to be preparing to launch a lawsuit, apparently believing the ban on the treatment of domestic patients runs counter to the condition of permission," a Jeju government official said.

"But the written permission to establish the hospital stipulates that it caters only to foreign medical tourists visiting Jeju Island."

The official said the provincial government is not determined to lift the prohibition of domestic patients at the for-profit hospital.

Opponents of the for-profit hospital, however, have raised concern that the ban on domestic patients could eventually be weakened, because there is no stipulated legal provision for hospitals operating in South Korea to deny medical services to Koreans.

Under the conditional approval, the Greenland hospital's medical services will be limited to four departments -- plastic surgery, dermatology, internal medicine and family medicine.

In December 2015, the Ministry of Health and Welfare permitted China's Greenland Group to build the Greenland International Medical Center in the island province's Jeju Healthcare Town. The construction was completed last year at the expense of 77.8 billion won and the hospital had applied for permission for operation, saying it has 47 beds and a staff of 134, including nine doctors, 28 nurses and 18 international medical coordinators.