SEOUL, Dec. 7 (Yonhap) -- South Korean baseball slugger Park Byung-ho may have proved his reputation in the Korea Baseball Organization (KBO) League this season, but he still has regrets.

The Nexen Heroes veteran led the league in on-base (.457) and slugging percentages (.718), and finished just one home run behind Kim Jae-hwan, the 2018 regular season MVP who blasted 44 home runs.

Park received best hitter accolades from two baseball awards, one presented by the Korea Professional Baseball Alumni Association (KPBAA). But Park knows he could have done better if he played the season without an injury. In 2018, Park played 113 out of 144 games that the Heroes played this season after suffering a calf injury earlier this year.

"It's my fault, so I really have some regrets," Park said Thursday. "This year's goal was to play all games because I thought that's what I can do for the Heroes that brought me back. It's pity that I couldn't achieve that goal." 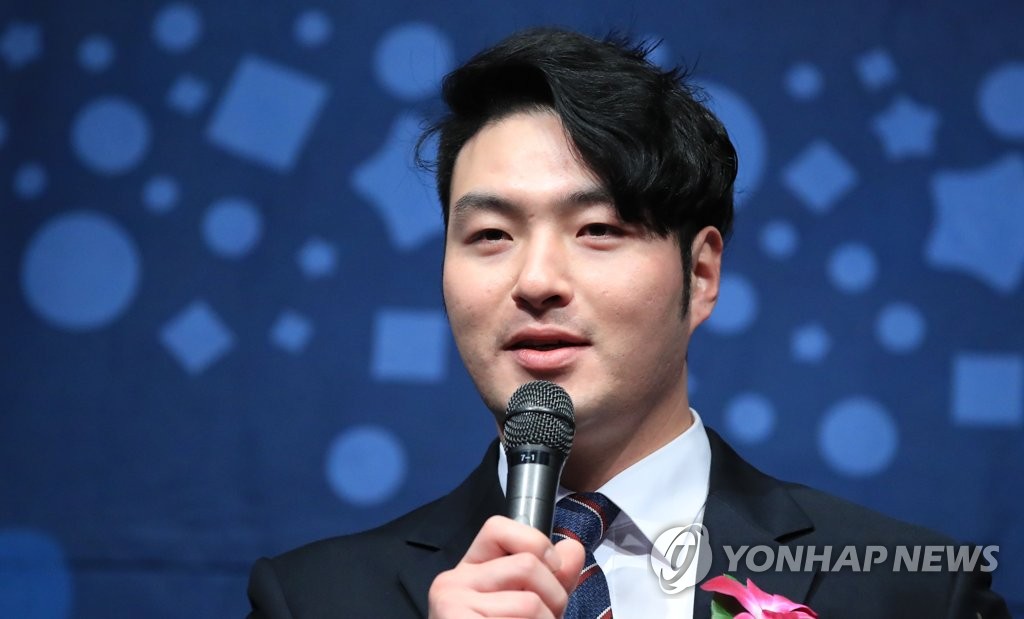 Park, 32, returned to the Heroes this year after having a frustrating two-year stint with the Minnesota Twins in Major League Baseball (MLB). Park played all KBO League games for three consecutive seasons starting from 2012 even though he had sustained minor injuries.

After recovering from an injury, Park, the only KBO hitter to have hit 50 home runs in back-to-back seasons, showed his firepower and helped the Heroes finish fourth in the regular season.

In the KBO postseason, the Heroes then beat the Kia Tigers in the wild card game and edged the Hanwha Eagles in the first round before getting knocked out by eventual Korean Series champions SK Wyverns 3-2 in the best-of-five second round playoff series.

The Heroes were close to pull off a late drama against the Wyverns as they scored five runs in the top of the ninth inning to force Game 5 into extra inning action. However, the Wyvern's Han Dong-min's walk-off home run later ended the Heroes' journey. 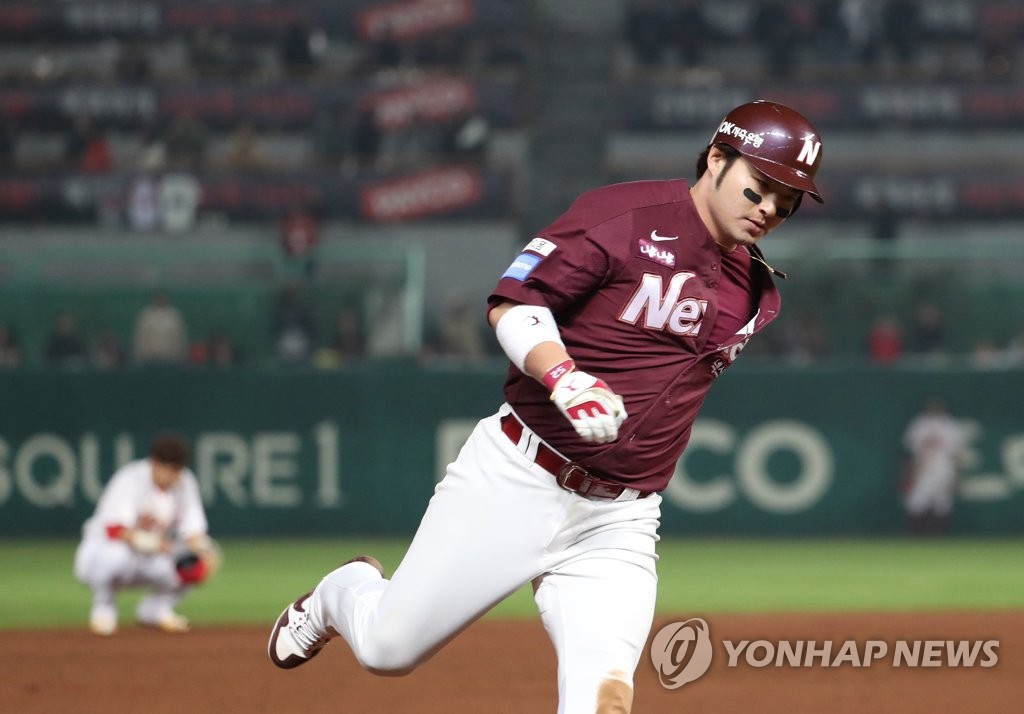 Park struggled in the playoff against the Wyverns as he went 3-for-13. But one of his hits was a two-run shot from Game 5 that leveled the score in the top of the ninth.

"If I didn't get that home run, I wasn't able to keep my head up," he said. "I'm disappointed that I couldn't deliver good performance in the playoff."

Putting disappointments behind, Park vowed that he will show a better performance next season.

"I need to work hard in this winter," he said. "I want to prepare well for the next season to play more games and stay healthy."

Slugger vows to play full KBO season without injury in 2019

Slugger vows to play full KBO season without injury in 2019