The news provider described its annual Bloomberg 50 as "our look at the people in business, entertainment, finance, politics, and technology and science whose 2018 accomplishments were particularly noteworthy," unveiling the list on its website.

BTS were the only Koreans listed on the chart, which featured highly accomplished government or business figures, such as Ben van Beurden, the CEO of Royal Dutch Shell, and Jerome Powell, the chair of the Federal Reserve, and his Fed colleagues.

American singer Taylor Swift was one of those selected for the entertainment field, along with BTS.

"In June, BTS became the first Korean pop band to top Billboard's album charts with Love Yourself: Tear, and then it had another No. 1 in August with Love Yourself: Answer, achieving an unprecedented level of success in the U.S.," Bloomberg said. "BTS owes its popularity to its willingness to address social issues, mental health, and politics, despite being in a genre often painted as bubble gum."

"Tickets for its first worldwide stadium tour sold out in minutes, another sign that audiences are ready for bands with Korean sensibilities," according to Bloomberg.

"Based on BTS's success, Big Hit Entertainment, which manages the band, is expanding into movies, games, and original YouTube content; in March it said revenue more than doubled last year, to $86 million." 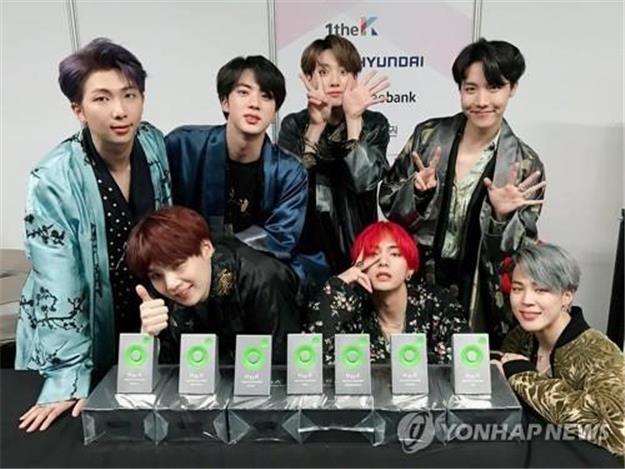