The K League said FC Seoul midfielder Lee Sang-ho will receive punishment from the disciplinary committee after he hid his misconduct and played matches in the K League 1.

"The K League disciplinary committee will soon convene a meeting to discuss the penalty against Lee," an official at the K League said.

Lee, 31, was indicted for driving under the influence (DUI) of alcohol in September after the police caught him with a blood alcohol content level of 0.178 percent. He later received a four-month prison sentence suspended for two years from a local court. 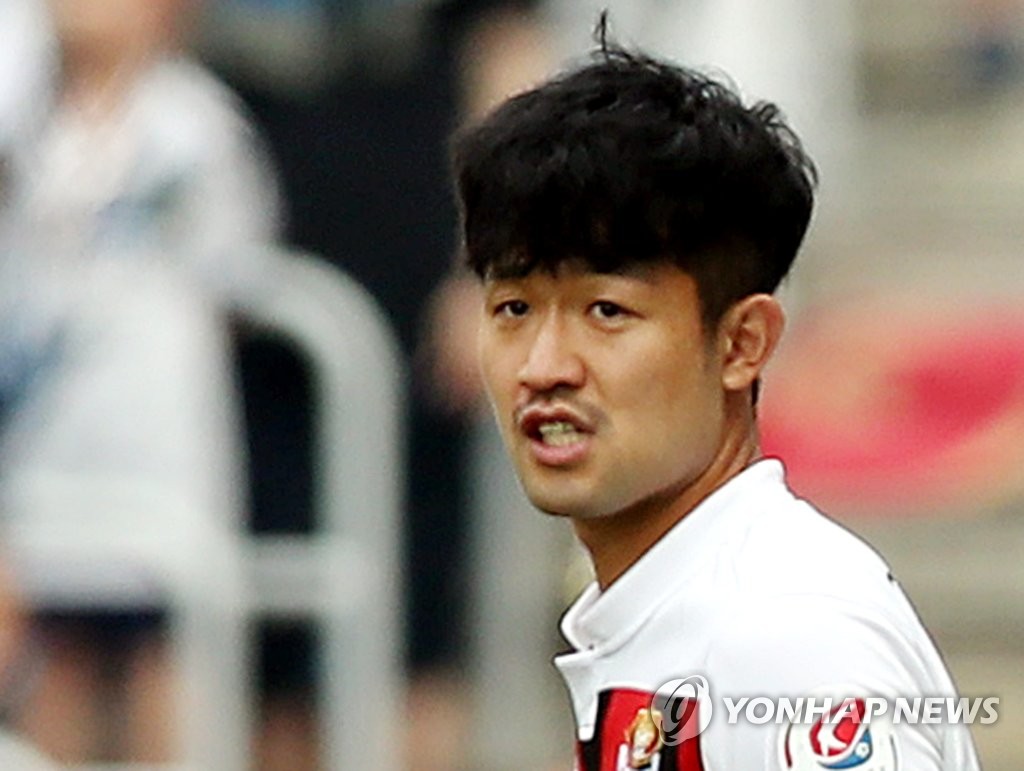 But Lee, a veteran who has played more than 300 league matches, apparently didn't report his DUI charges to the club and played five matches even after his conviction.

The 2018 K League 1 season is not over for Seoul as they are currently engaged in a promotion-relegation playoff with Busan IPark FC. Seoul will play the second leg of the playoff at home on Sunday after winning the first leg 3-1 on Thursday.

The club said they will also mete out disciplinary action against Lee regardless of the K League punishment.

Lee made his pro debut in 2006 with Ulsan Hyundai. He played for Suwon Samsung Bluewings before moving to Seoul in 2017. He played one match for the South Korean national team in 2009.