SEOUL, Dec. 8 (Yonhap) -- A group of South Korean officials and experts traveled to North Korea on Saturday for a 10-day probe of the North's eastern rail system as part of efforts to connect railways along the divided peninsula.

The 28-member team crossed into the North by bus via the eastern land route across the heavily armed border between the two Koreas, according to the unification ministry.

They will carry out a joint inspection until Dec. 17 with North Koreans of the 800-kilometer east coast Donghae railway from Mount Kumgang near the border with South Korea to the Tumen River at the northeastern tip of the country.

The inspection follows the completion of a six-day inspection of the North's 400-km western Gyeongui rail line Wednesday. A South Korean train sent for the joint work was moved to the east coast to pick up the new inspectors. 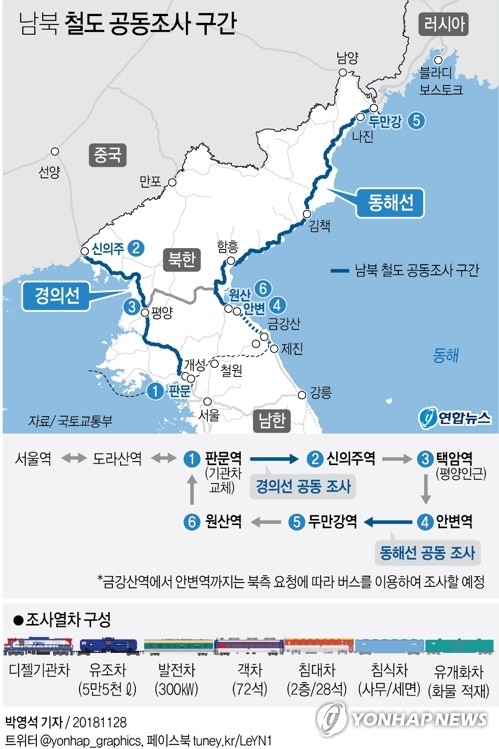 The Koreas are pushing to expand cross-border exchanges and cooperation in various fields on the back of a growing mood for peace after a series of summits, including the last one in September.