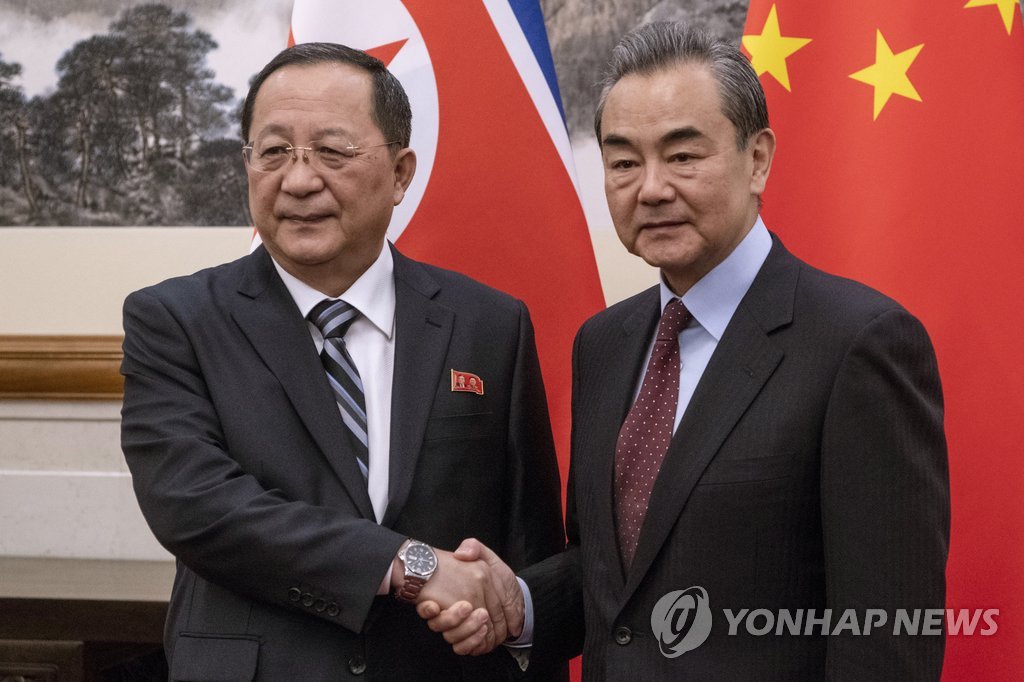 Ri expressed hope for continued cooperation between Pyongyang and Beijing on the issue, saying bilateral ties have entered a "new development phase" this year. In 2019, the two nations will mark the 70th anniversary of the establishment of formal diplomatic relations.

Wang, who doubles as state councilor, agreed that the relationship between the two sides is on the cusp of entering a "new historical stage" as their leaders had three rounds of summit talks this year.

Wang said China wants North Korea to maintain dialogue with the U.S. for a "balanced resolution" to pending issues.

He also made it clear that the Chinese government supports the strengthening of relations between South and North Korea and their push for cooperation and reconciliation.