SEOUL, Dec. 7 (Yonhap) -- A South Korean civic group has filed a complaint against Korean Air and Asiana Airlines with the prosecution, alleging the two flag carriers' unilateral decision to invalidate accrued mileage would infringe on the interests of consumers.

In a policy change, Korean Air and Asiana began to validate their customers' flight mileage for 10 years starting in July and October of 2008, respectively. 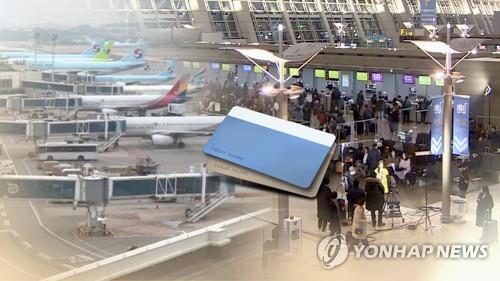 Frequent flyer miles earned before 2008 have no expiration date, but airline miles accrued over the past decade will be gradually invalidated, beginning at the start of 2019.

The civic group accused the two carriers of violating the Fair Trade Act by limiting the validity of frequent flyer miles.

"Under the fair trade law, market-dominating enterprises cannot engage in activities that could seriously undermine consumer interests. But Korean Air and Asiana unilaterally revised their mileage rules in 2008, when their combined market share reached 90.3 percent," the civic group said.

"The imposition of a 10-year expiration period on mileage is an illegal act, as it is expected to gravely reduce consumer benefits. Otherwise, consumers should be allowed to convert their air miles into cash or spend them at duty-free shops and other places," it argued.

In this regard, officials at the two carriers said that a Seoul court and the Fair Trade Commission have already ruled their 2008 revision of mileage rules as legal in 2011 and 2015, respectively.