Ryu received the grand prize, an honorary distinction for outstanding contribution to South Korean baseball, from the Ilgoo Club, made up of former and active coaches and managers.

"Like other baseball pitchers try to do, I want to collect 20 wins next year," Ryu said after accepting the award in Seoul. "I know it's going to be very difficult, but I will work hard toward that goal." 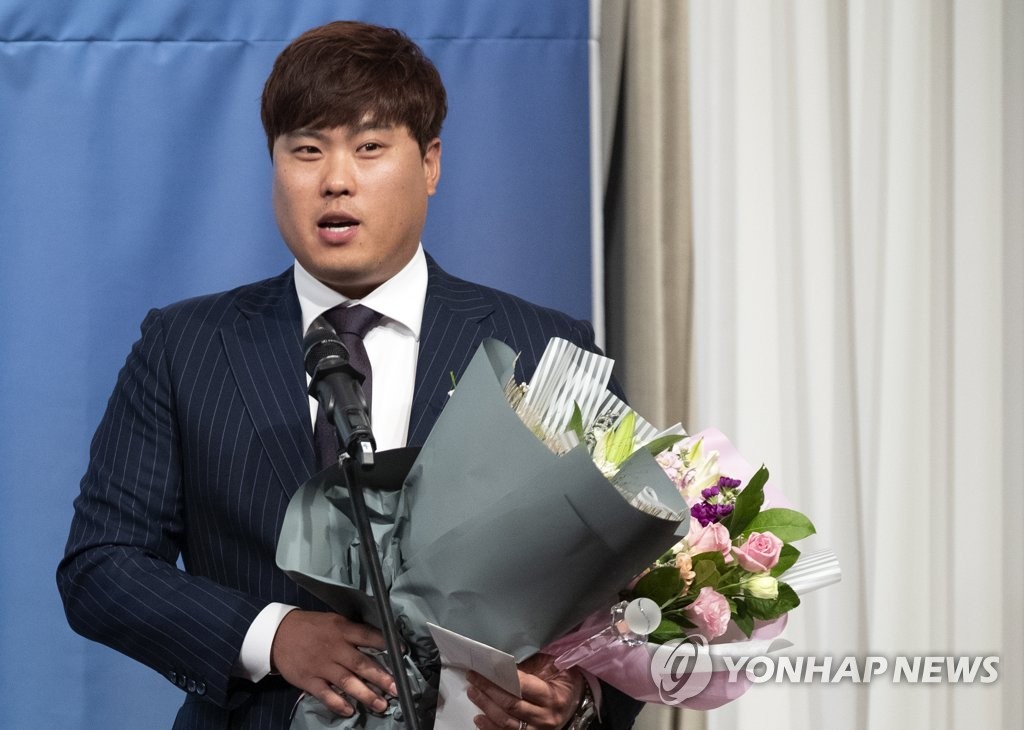 Ryu went 7-3 with a 1.97 ERA in 15 starts in this regular season, while striking out 89 in 82 1/3 innings. It was a solid bounce-back season after a subpar three-year stretch that saw him undergo shoulder and elbow operations.

Last month, Ryu accepted the Dodgers' qualifying offer of US$17.9 million for one season, after his six-year, US$36 million contract expired.

"My six years with the Dodgers went by faster than I thought," he said. "There were difficult times, but the time passed really quickly." 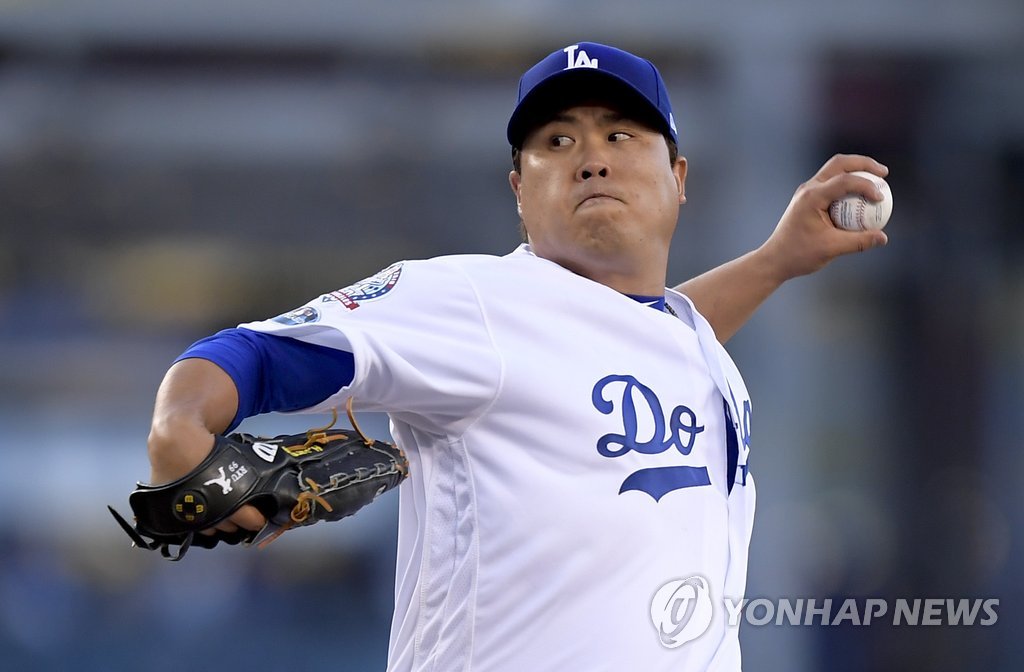 This was Ryu's fourth award from the Ilgoo Club. He first won the best rookie award in 2006, followed by the best pitcher award in 2010 and the special achievement award in 2013.

Ryu, who played with the Hanwha Eagles in the Korea Baseball Organization (KBO), said he will soon begin training for the next season. Ryu returned to his homeland on Nov. 20.

"I've been resting well here in South Korea, but I think it's about time to start training," he said. "Kim Yong-il, a training coach at the LG Twins, will help me."

Ryu added that he also plans to go to Okinawa, Japan, for personal training along with his former Eagles teammate Jang Min-jae.

Meanwhile, the Ilgoo Club handed the best pitcher award to the Eagles closer Jung Woo-ram, who led the KBO with 35 saves this season. The best hitter award went to Kim Jae-hwan of Doosan Bears, the KBO regular season MVP who led the league in home runs and RBIs. The best rookie award was presented to KT Wiz's teen slugger Kang Baek-ho. 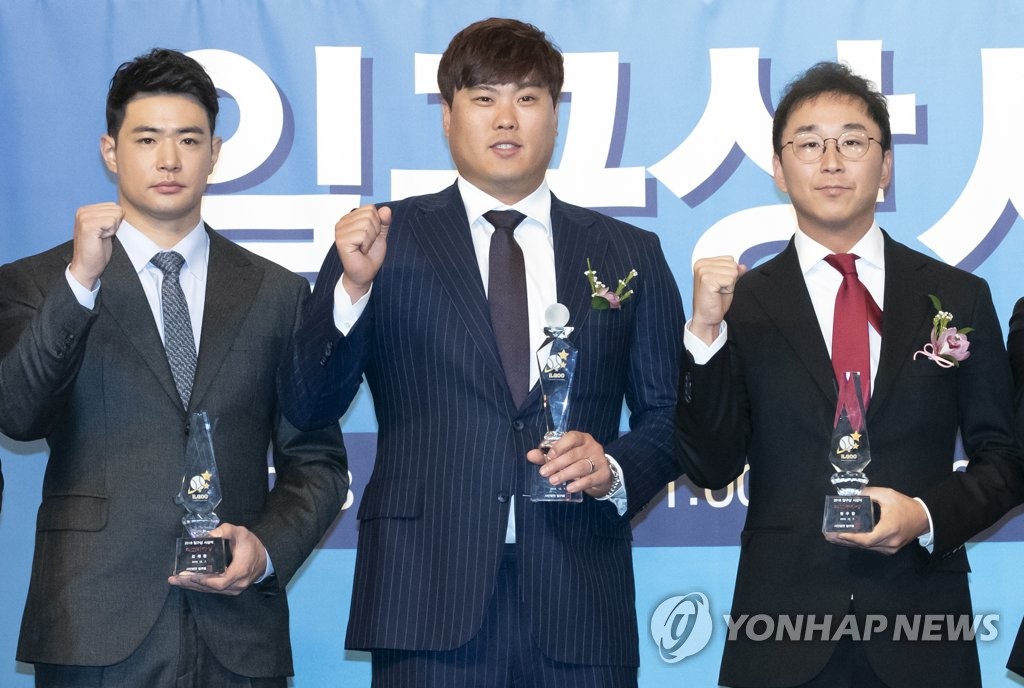