The team will fly to the North via Beijing on Tuesday for a three-day visit, according to the ministry. Lim Sang-seop, a senior official with the Korea Forestry Service, will lead the delegation, the ministry said.

The planned trip is part of efforts to implement an agreement reached in October to jointly combat pine tree pests and other forestry diseases until March next year, the ministry said.

Last week, South Korea sent about 50 tons of pesticides to the North to help it combat the spread of pine tree diseases.

The South Korean team will review the distribution of the chemicals and visit a local tree nursery and other facilities to discuss with their North Korean counterparts ways to expand their cooperation, the ministry said.

The ministry earlier said the provision of the chemicals to the North does not constitute a violation of global sanctions imposed on Pyongyang in the wake of its nuclear and missile provocations.

In August, the two Koreas conducted a joint field survey of the area near Mount Kumgang on the North's east coast to examine the damage caused by diseases in trees, a follow-up step to their first meeting on forestry cooperation in July. 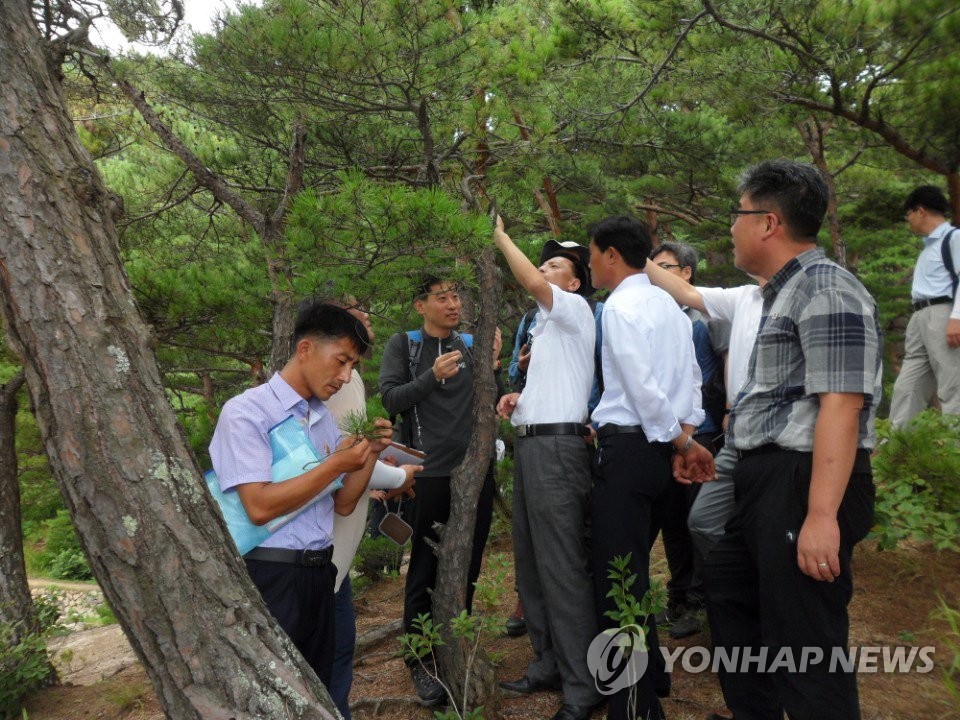