SEOUL, Dec. 7 (Yonhap) -- President Moon Jae-in on Friday made a surprise visit to a government official who recently suffered a stroke while working late to get the government budget bill passed by the National Assembly.

The previously unannounced visit came shortly after the president took part in a ceremony to mark the country's Trade Day.

The president drove directly to a Seoul hospital to pay a visit to the Finance Ministry official, identified only by his surname Kim.

The ministry official collapsed early Monday after working overnight at the National Assembly on the government bill for its 2019 budget.

President Moon offered his condolences, saying he was heartbroken to see an official suffer such a disease while serving his country, Moon's spokesman Kim Eui-kyeom said in a press release.

The president then expressed hope the official will fully recover soon, the spokesman added.

The president also sent a get well card to a foreign ministry official, currently hospitalized in Singapore after collapsing while on a visit for the recently held ASEAN regional summit attended by Moon, the spokesman said. 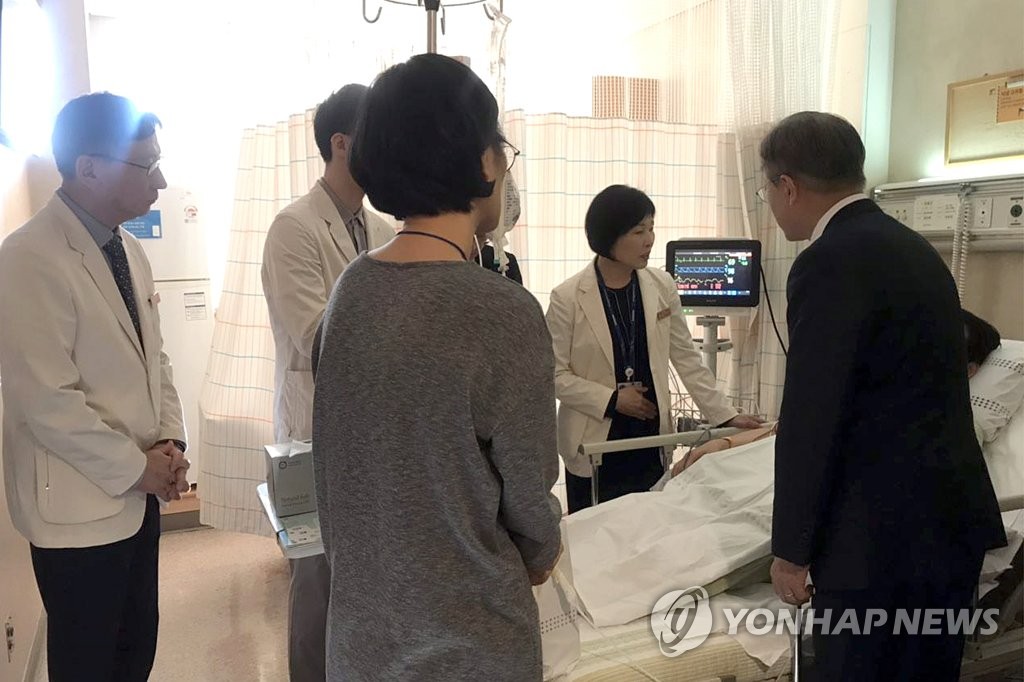