The verdict by the Seoul Central District Court puts his imprisonment at four years in total, as he is already serving two and a half years on abuse of power and other charges in connection with a massive influence-peddling case that led to Park's ousting in March last year.

An appeal is currently under way over the corruption trial.

As for Friday's case, Woo was additionally indicted for instructing a National Intelligence Service official to closely observe activities of a diverse number of public officials and citizens.

Woo managed to avoid detention over the charges when the court turned down arrest warrants for him twice early last year. But he was finally arrested on Dec. 15 over charges that also included illegal surveillance of civilians and government officials. 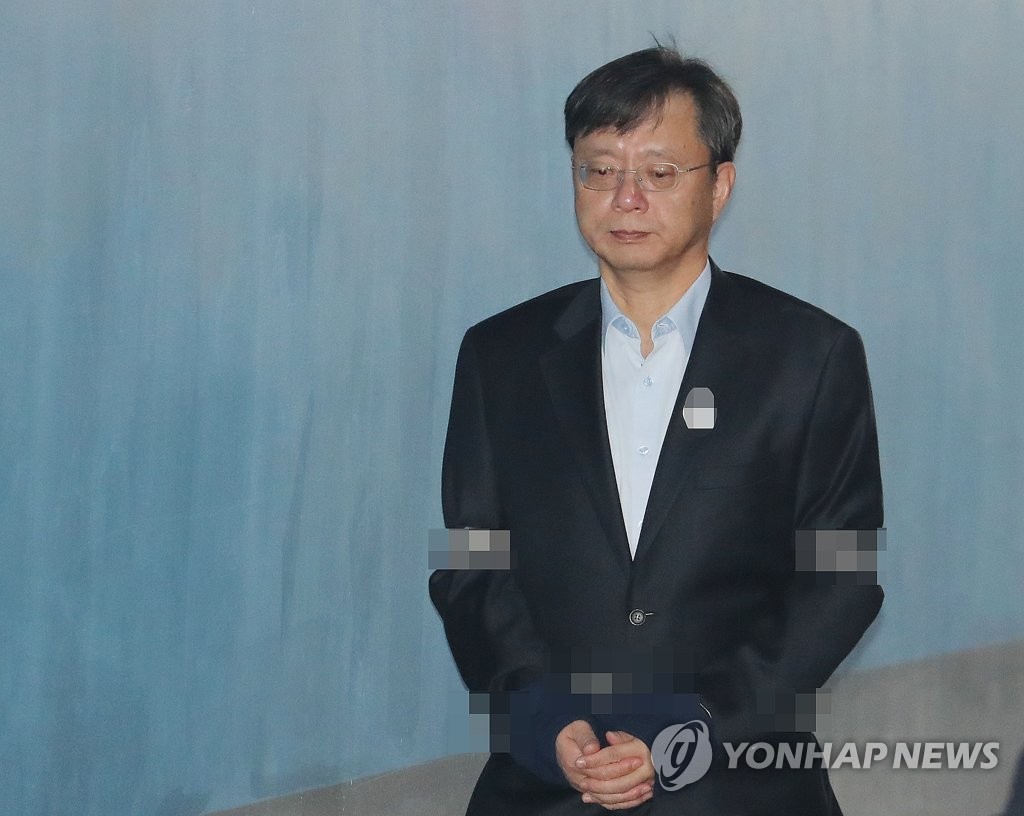 Former presidential aide gets 18-month in prison for illegal surveillance

Former presidential aide gets 18-month in prison for illegal surveillance