The benchmark Korea Composite Stock Price Index trimmed earlier gains to end 7.07 points, or 0.34 percent, higher than the previous session at 2,075.76. Trading volume was moderate at 363 million shares worth 4.22 trillion won (US$3.8 billion), with gainers outnumbering losers 453 to 359.

A sharp rebound is unlikely as investors remain wary ahead of hot-button issues that could generate volatility in the coming months, such as the 90-day deadline for U.S.-China trade talks, analysts said.

Bond prices, which move inversely to yields, were mixed at the close. The yield on three-year Treasurys fell 0.5 basis point to 1.834 percent, and the return on benchmark five-year government bonds rose 0.7 basis point to 1.885 percent. 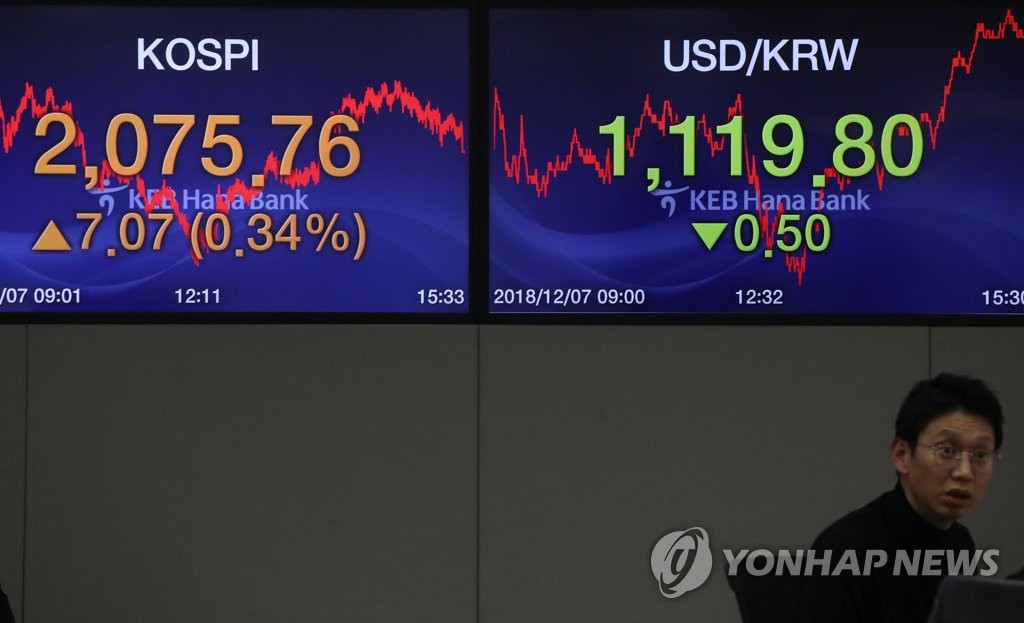