SEOUL, Dec. 7 (Yonhap) -- President Moon Jae-in sought to promote the practice of making donations Friday, calling it a civilian-led effort to look out for those who may have been neglected by the government.

In a meeting with officials and honorary ambassadors from 15 major donation campaigns, the president said the country may be one of the better-off nations in the world but that not all may have immediate access to the benefits of its success.

"This year, we are expected to reach more than US$600 billion in exports for first time in our history. That is the world's sixth largest. Overall trade volume will be $1.2 trillion, which is the ninth largest in the world," the president told the meeting held at his office Cheong Wa Dae. 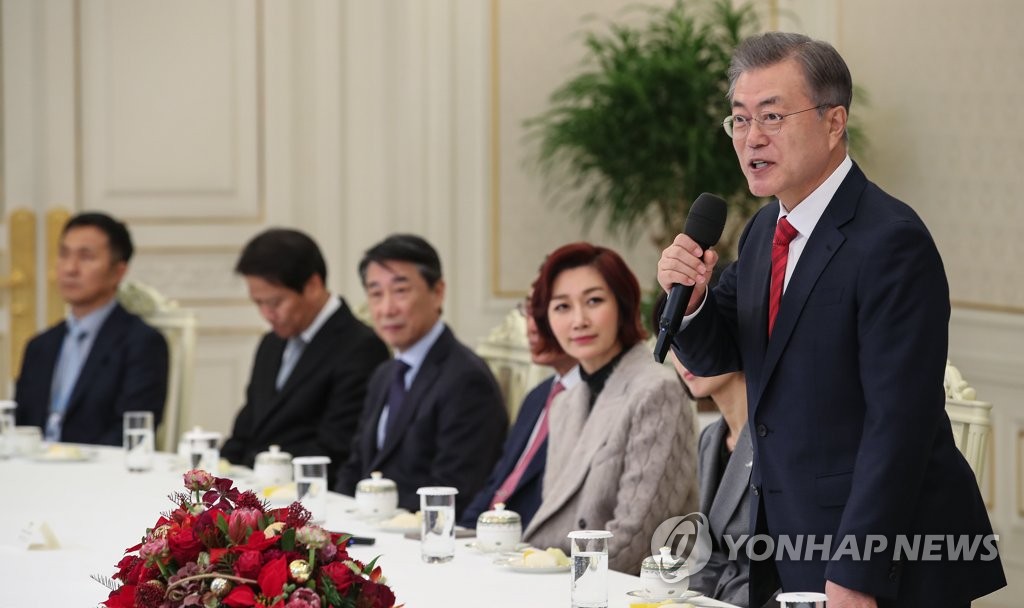 The president noted the country's per capita income was expected to reach about $32,000.

"There are only a few countries with more than 50 million in population that have a per capita income of more than $30,000," he said, adding his country will be only the seventh nation in the world to fit the criteria.

"However, when we look inside, there are too many people who cannot appreciate the size our trade or our per capita income. Helping and taking care of such people is what the government must do, but the private sector is doing so much because the government alone cannot do it all," the president said.

"I offer my gratitude again at this occasion and I also wish to offer a word of gratitude to those organizations that could not be here with us today," he said.