(ATTN: UPDATES with details in headline, lead, throughout)

An official from the Korea Railroad Corp. (KORAIL), said the train left the city, located 237 kilometers east of Seoul, and derailed while approaching Jinbu Station at around 7:35 a.m.

The train went off the tracks only around five minutes after departing, passengers said. It was running at around 103 kph.

An official from KORAIL said it is assumed that a sharp decrease in temperature had an adverse impact on the rail conditions. 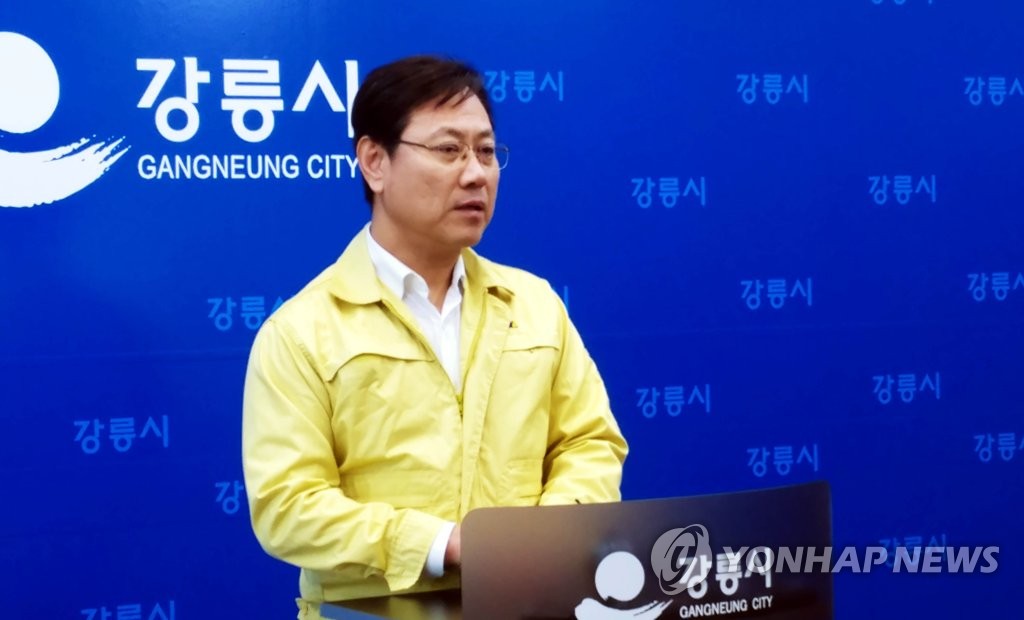 "KORAIL has been making inspections on the road to prepare for winter. Still, if the temperature fell sharply, we can assume that it may have affected the road," Oh Young-sik, the head of KORAIL, said.

"We are now carrying out an investigation," Oh added, claiming the detailed cause of the accident will be studied with the Ministry of Land, Infrastructure and Transport.

An official from the ministry also said it cannot come to a conclusion at the current stage of investigation, adding it is currently focusing on normalizing the track.

All of the train's 10 cars went off the tracks due to a yet-to-be-determined reason, with KORAIL saying it is carrying out an investigation.

No serious causalities were reported. Fourteen passengers suffering from minor injuries were transferred to nearby hospitals.

The passengers were transferred to other stations by buses.

The train was originally set to reach Seoul at 9:30 a.m.

KORAIL said other trains are running on a normal schedule from Seoul to Jinbu.

"I was traveling from Gangneung to PyeongChang in the sixth car. But shortly after the train departed, it went off the tracks with a thud," a 22-year-old passenger said. "It was as if the train slid for around 50 meters, and I could hear the train dragging pebbles with a metallic sound."

The passenger said people were hanging on to their chairs, with some injured people screaming during the accident.

"Even after we got off the train, we had to wait around 50 minutes outside," the passenger added. "I saw an old lady bleeding from her head."

It was the first major accident on the rail connecting Seoul and Gangneung, which kicked off Dec. 22, 2017, ahead of the PyeongChang Winter Olympics.

The route was significant as people could travel from Seoul to Gangnueng in around 1 1/2 hours, whereas it takes three hours by bus.