SEOUL, Dec. 8 (Yonhap) -- More than 250 government officials, company officials and experts from around the world gathered here this week for discussions on ways to tackle the crisis of the North Pole caused by climate change, the Ministry of Foreign Affairs said Saturday. 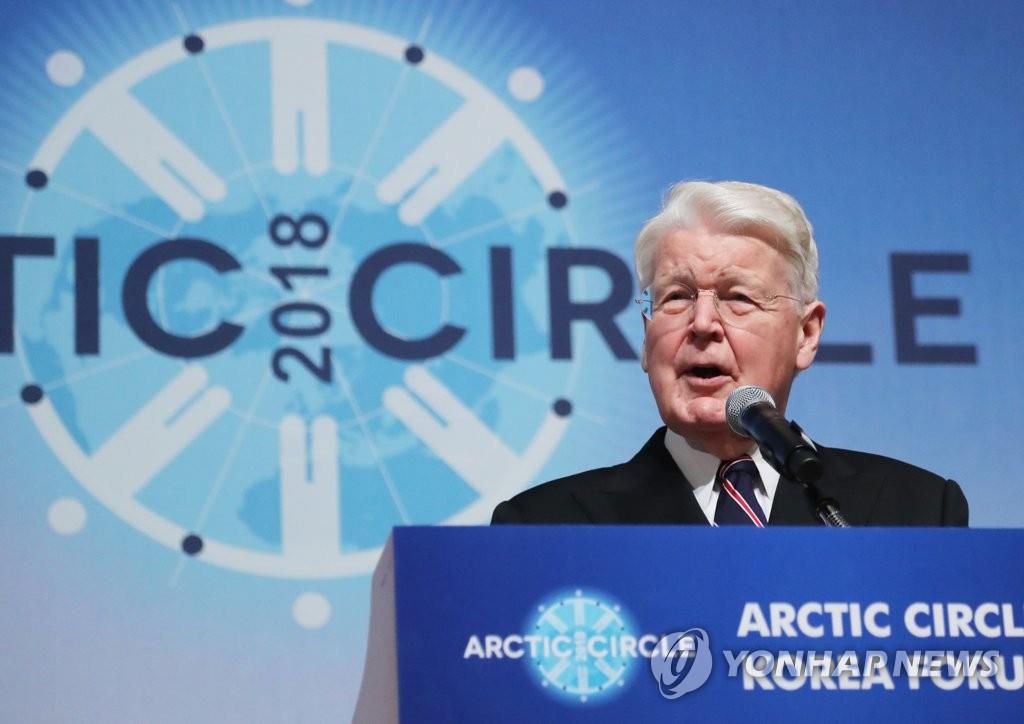 In a speech, Grimsson said the Seoul conference reflects that Asian countries, like South Korea, share the perception that the challenges facing the Artic are a global threat.

Ban agreed that countering climate change in the North Pole is among the "very urgent issues" to resolve, along with attaining the sustainable development goals.

The ministry co-organized the forum with the Arctic Circle Secretariat, the Ministry of Oceans and Fisheries, the Korea Polar Research Institute and Korea Maritime Institute.