SEOUL, Dec. 9 (Yonhap) -- South Korea will play in the opening match of the 2019 FIFA Women's World Cup, having been drawn with tournament hosts France.

South Korea, ranked 14th in the latest FIFA rankings, were placed with France, Norway and Nigeria in Group A for the top women's football tournament at the draw ceremony in Paris on Saturday (local time). 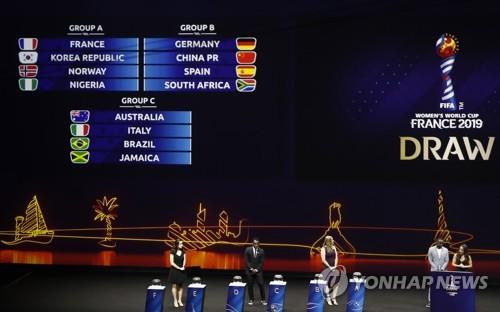 The Taeguk Ladies will face France, third in the FIFA rankings, for the opening match at Parc des Princes in Paris on June 7, 2019, according to the tournament schedule. They will then take on Nigeria, ranked 39th in the world, at Stade des Alpes in Grenoble on June 12 and wrap up their group stage campaign against 14th-ranked Norway at Stade Auguste-Delaune in Reims on June 17.

South Korea's head coach, Yoon Duk-yeo, said his side are not in an easy group, emphasizing that the first match against France will be critical.

"France will have home ground advantage and will get lots of fan support because it's the opening match of the tournament," Yoon said. "The result of the first match will influence our next two matches, so it will be critical for us in making it out of the group stage." 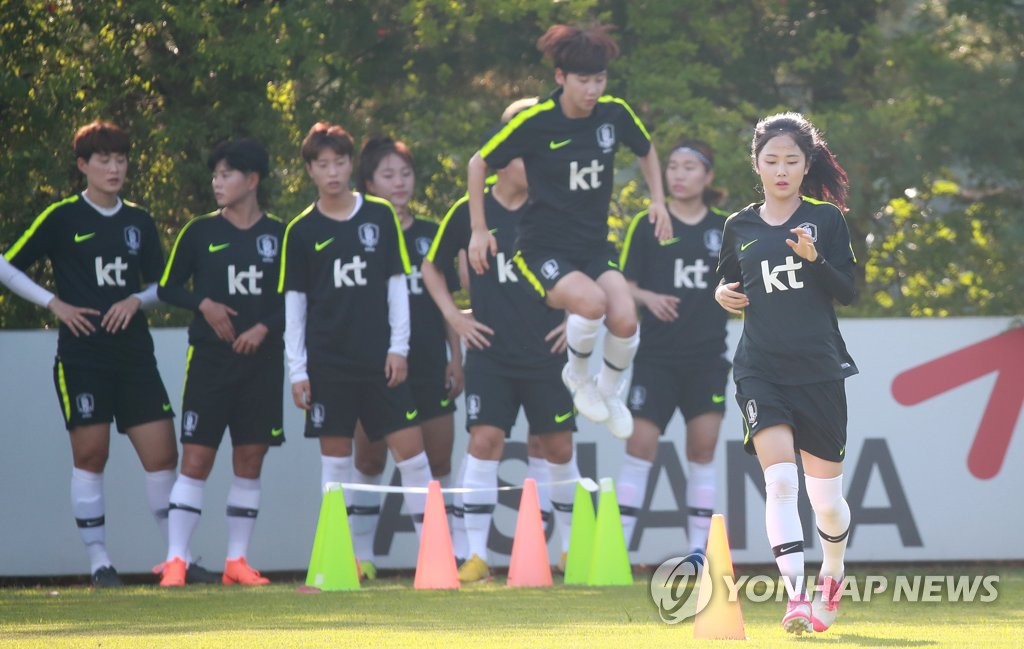 South Korean women have yet to face Nigeria, who will be making their eighth World Cup appearance in France.

"Our second group stage match against Nigeria is a very important match for us to get points," Yoon said. "We must give our all against Nigeria and then do our best against Norway."

At the 2019 Women's World Cup, 24 teams were divided into six groups of four. The top two teams of each group and the four best third-placed teams will advance to the round of 16. The final of the tournament will be held on July 7, 2019.