SEOUL, Dec. 9 (Yonhap) -- South Korean football star Son Heung-min has bagged one goal and one assist in his latest performance for Tottenham Hotspur in the English Premier League (EPL).

Son scored the opening goal in Spurs' 2-0 win over Leicester City in an EPL match at the King Power Stadium in Leicester, Britain, on Saturday (local time). He fired a left-footed screamer in first-half stoppage time, putting his side in a dominant position going into the break.

This was Son's third EPL goal and his fifth in total in the 2018-19 season. The 26-year-old forward, who missed the first month of EPL action due to his international duties, has two goals in the domestic league cup competition. 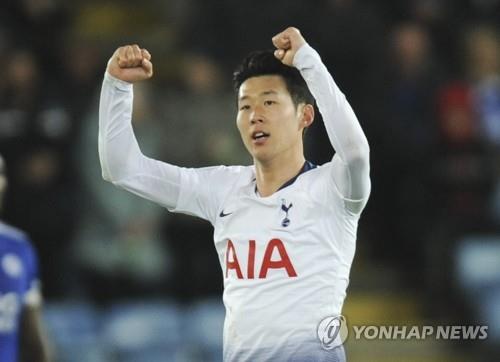 Son has now scored two goals in two consecutive matches. On Wednesday, he hit his 100th European career goal in the London club's 3-1 win over Southampton.

With the club's main striker, Harry Kane, starting on the bench, Son led Tottenham's attack from the start and finally broke the scoreless deadlock in first-half stoppage time. After receiving Serge Aurier's pass, he cut in from the right flank and hit the top corner of the net with a curling left-footed effort that left Leicester goalkeeper Kasper Schmeichel helpless.

In the 58th minute, Son bagged his second assist of the season after his cross found Dele Alli, who hit a header into the goal for a 2-0 lead.

Son didn't play full time as he was substituted out for Kane in the 74th minute. 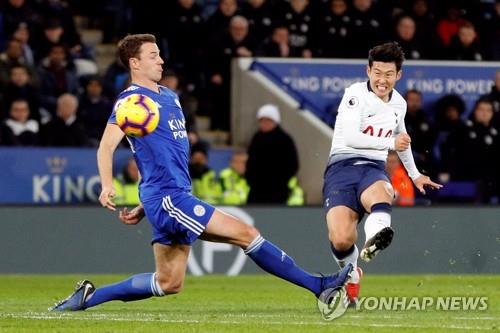