A Cheong Wa Dae official also reaffirmed it has yet to receive an answer from Pyongyang.

"We have delivered our message to Pyongyang clearly enough and are waiting calmly for their response, without fretting," he said, speaking on condition of anonymity.

The official stressed that Cheong Wa Dae has not proposed any specific date to the North for Kim's visit and denied speculation by some local media that the date has already been set in stone and Cheong Wa Dae's denial is part of a ploy to keep the plans under wraps for security and other reasons.

"We're doing what we can in terms of preparations, but we can't do anything concrete since none of us can predict what's to come," the official said.

"And we are not cut off from communicating with Pyongyang (over the matter)." 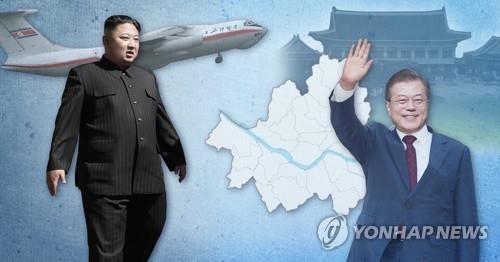