According to the survey of 244 Chinese buyers conducted by the Korea International Trade Association's (KITA) Institute for International Trade, the largest number, or 18.7 percent, cited design as the No. 1 source of the competitiveness of South Korean goods, followed by 17.4 percent citing product quality.

Some 16.5 percent picked the credibility of South Korean firms, and 15.2 percent regarded their brand values highly. A mere 10.9 percent said price competitiveness is the strength of Korean goods.

In regards to promising items for the Chinese market down the road, 23.9 percent chose cosmetics, followed by foodstuffs at 15.6 percent, beauty products with 13.1 percent and baby goods with 8.5 percent, according to the KITA survey.

Asked about their assessment of overall product competitiveness, 41.3 percent said Korean goods are superior to Chinese ones, but only around 20 percent said the Korean-made products are better than those from the United States, Japan and Europe, according to the findings. 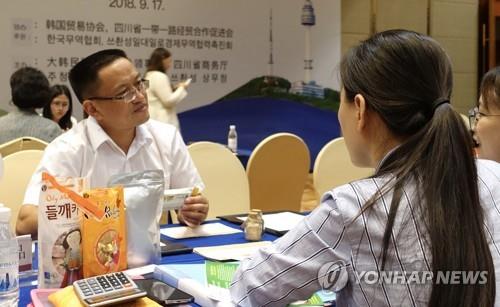