According to a report by the Hyundai Research Institute (HRI), assessment of country's coincident composite index and leading economic indicators showed that after peaking in May 2017, Asia's fourth largest economy has been losing steam up till the fourth quarter of this year.

"The economy may level out in the first half or early part of the second half," the institute claimed.

The private institute said strong export growth has been offsetting the contraction in domestic consumption and propping up the economy. 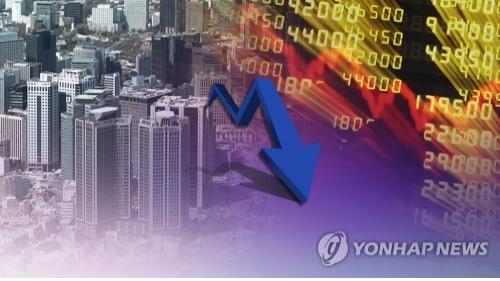 It said that in the third quarter of this year, the economy grew 0.6 percent from the previous three-month period, with private spending exerting a minus 1.3 percentage point pull on growth. It said the net export contribution to growth reached 1.9 percentage point.

The latest findings showed that due to the high base effect in facility investment last year centered on semiconductors, there was a comparative drop in investment coming into 2018, with a weak construction sector contributing to the overall sluggishness.

HRI said the rise in interest rates, poor job market and weakening consumer sentiment could contribute to greater downside risks going forward. It said even in regards to exports, there are growing challenges that may pose problems going forward.

From January to September the country's outbound shipments advanced 4.7 percent on-year, but if semiconductors are not counted, numbers actually decreased 1.7 percent, according to the institute.

"In effect, with the exception of computer chips, the country's export competitiveness is not in a really strong state," the report claimed. It said that with demand for semiconductors likely to trail off, the country's economy may face tough times.

Looking further afield, the global market -- and the Chinese economy in particular -- is showing signs of trouble, it said.

HRI said that while it expects the economy to hit bottom in the coming months, there is always the risk of things entering a so-called double dip and falling further. There is, moreover, the chance that there will not be a rebound and that growth will remain flat.

It said if things don't improve, policymakers need to consider easing up on monetary policies and increase fiscal spending to prop up the economy.