SEOUL, Dec. 9 (Yonhap) -- FC Seoul managed to remain in the first division football league after they edged Busan IPark FC 4-2 on aggregate in the K League promotion-relegation playoff on Sunday.

Seoul played to a 1-1 draw with Busan in the second leg of the promotion-relegation playoff at Seoul World Cup Stadium in the South Korean capital. The result was enough for Seoul to clinch their K League 1 survival since they've won the first leg 3-1 in Busan on Thursday. 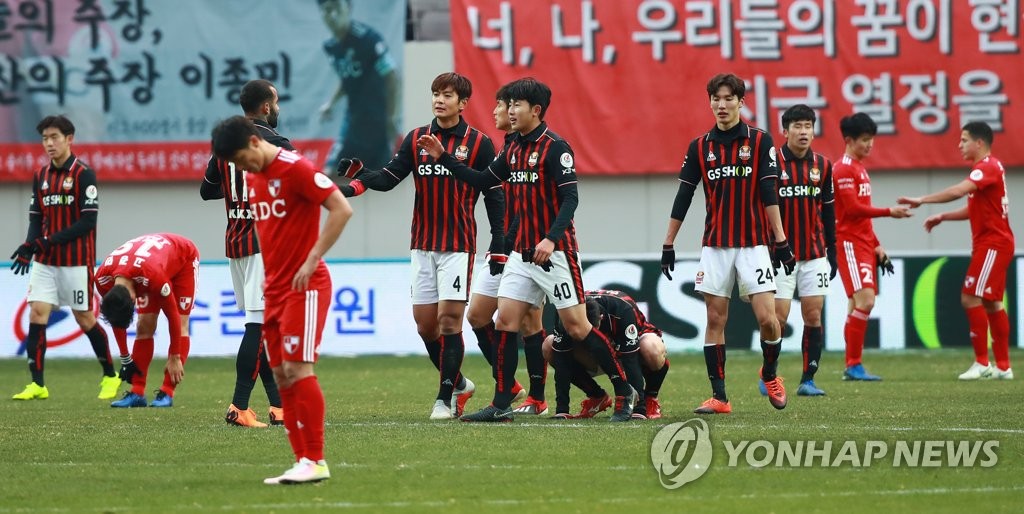 Seoul, led by head coach Choi Yong-soo, dropped into the playoff after finishing in 11th place among 12 clubs in the top-flight K League 1. Each season, the last place club in the first division is relegated to the second division K League 2, while the second-to-last team must survive the playoff series to stay in the K League 1.

Seoul, six-time first division winners, became the second K League 1 club to survive in the promotion-relegation playoff since such format was introduced in 2013.

Busan, finishing third in the K League 2 this season, earned the right to face Seoul after beating Daejeon Citizen 3-0 in the K League 2 playoff. Choi Yun-kyum's side were looking to return to the top league after being relegated in 2015, but they came short to achieve that goal for two consecutive seasons. Last year, Busan lost to Sangju Sangmu on penalties in the promotion-relegation playoff.

Entering the second leg with a two-goal advantage, Seoul focused on counter attacks, while Busan played aggressively from the start.

Busan captain Lee Jae-kwon nearly put his side up in the 11th minute. The 31-yaer-old midfielder fired a left-footed strike following a pass from Brazilian teammate Romulo Jose Pacheco da Silva, commonly known as Romulo. However, his effort was tipped away by Seoul goalkeeper Yang Han-bin. 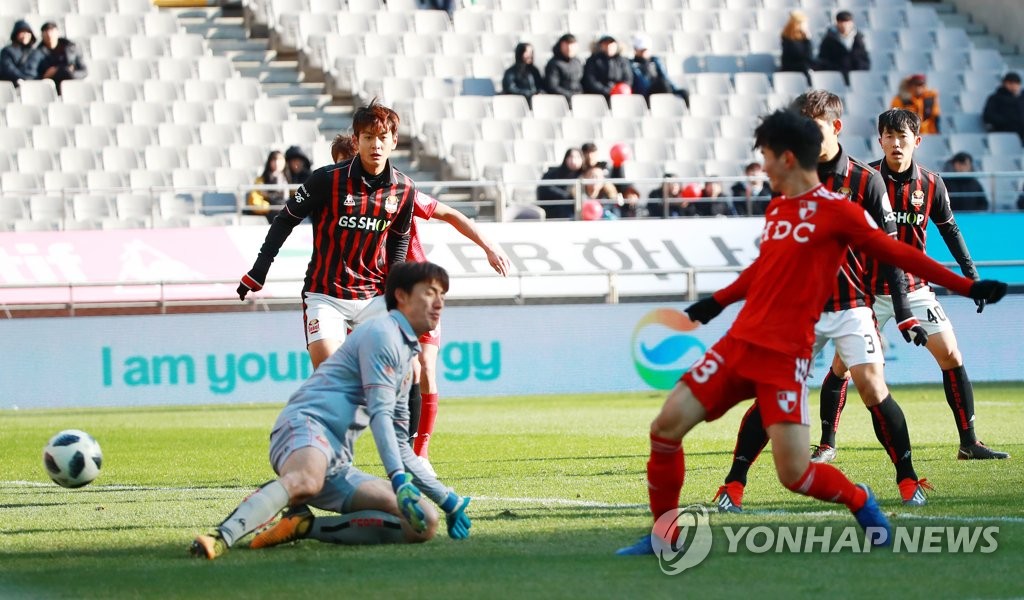 It was the visitors who broke the tie in the 33rd. Romulo sent a cross from the left flank and Kim Jin-kyu tapped home from the close range to give Busan a 1-0 lead.

Still, Busan needed at least two more goals to overcome their first leg loss and they didn't stop attacking. In 58th, Lee sent a promising curling right-footed strike, but was denied by Yang.

Busan kept knocking Seoul's door, launching four shots in a six-minute span from the 70th. However, none of them hit the net. In the 88th, Romulo's right-footed attempt was stopped by Yang.

With four minutes added as stoppage time, Busan had no choice but to push forward their players to score goals.

Seoul didn't miss their one last opportunity. Park Chu-young sent a long ball to the empty net and sealed his side's spot in the K League 1 next year. 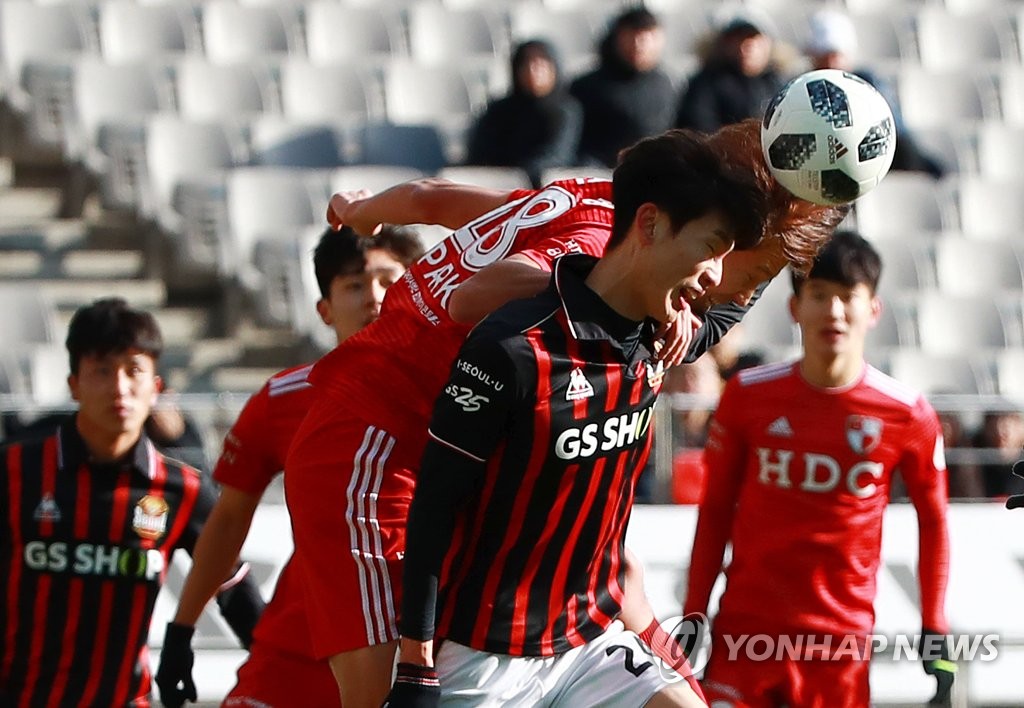