Hong Nam-ki, who is expected to take office on Tuesday, has made clear that growth driven by rising incomes, innovation and a fair market will remain the pillars of the incumbent government's economic initiative. He, however, said that some adjustments can be made to reflect general market concerns, so as to make it possible to achieve tangible improvements in employment and wealth distribution in the second half of 2019. 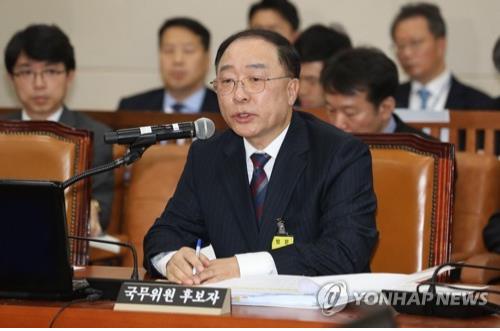 Adjustments that may be on the way include a dual approach to increasing the minimum wage from 2020 onwards and expanding the flexible working hour period to up to six months, from the current three months, if there is agreement between workers and management.

Hong said during his confirmation hearing at the National Assembly last week that the ability of businesses to pay workers, acceptance by the market and overall impact on the economy will be factored in when the minimum wage is adjusted from 2020 onwards.

The minimum wage shot up 16.4 percent on-year for 2018 with gains for 2019 set at 10.9 percent. This has caused small time business to voice objections and put off the hiring of workers.

Reform measures being considered in terms of wages center on splitting wage adjustments into two sectors to better reflect demands from small businesses and to transfer the minimum wage selection process to parliament, instead of relying solely on the independent Minimum Wage Commission.

On flexible work hours, Hong said that doubling the period when people can work overtime to cope with market conditions to half a year, without breaking the law, is something that can be approached. The comments were made despite objection to such a move voiced by unions, who fear that such a transition will lead to tougher work conditions for employees.

"The matter can be discussed in detail by lawmakers and interested parties," the finance minister nominee said.

He then said that despite some worries, there is reason to think that income-based economic growth policies will bear fruit in the latter half of next year, while admitting that the process can take a considerable amount of time.

Hong said that while state policy has helped strengthen the country's social security infrastructure, there is still room for improvement in the realm of reducing the earnings gap and creating jobs.

Government data revealed that fair distribution of wealth backtracked to 2007 levels this year, which marks the lowest ebb since Seoul compiled related data in 2003. It said there has been a sharp drop in investment that hurt the job market.

In the first 10 months of this year, Asia's fourth-largest market added 97,000 new jobs, a third of 328,000 positions created for the same period in 2017. The drop in new jobs has hurt lower income earners the most, which contributed to the disparity between haves and have-nots.

Hong said that innovation-oriented growth can lead to more jobs being created and that Seoul will be committed to such goals in the future. 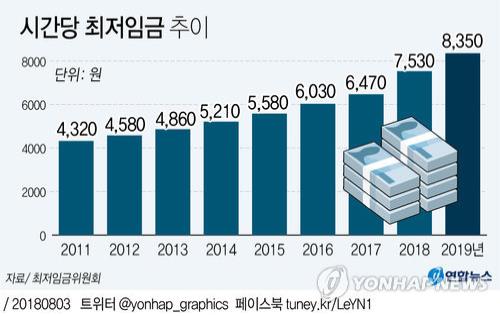 Related to such targets, economists have called for greater efforts by the government build public consensus and share information on how growth will be achieved.

"Hong and his new team needs to outline what did not work in the past and how things will change," said Kim Hyeon-wook, a researcher for state-run Korea Development Institute.

Sung Tae-yoon, an economics professor at Yonsei University in Seoul, said Hong has stated that some changes are going to be made, so when he takes office he has to show a clear policy direction.

He warned that unless firm actions are taken, economic conditions may deteriorate going forward.
(END)