The Korea Railroad Corp. (KORAIL) said that the first train, carrying around 100 passengers, departed Gangneung, about 240 kilometers east of Seoul, at 5:30 a.m., followed by another train heading to a Seoul station at 5:32 a.m.

The normalization comes after a KTX train with 198 passengers that left for Seoul early Saturday morning derailed five minutes after leaving Gangneung Station. The incident injured 16 people aboard with no fatalities.

After the accident, around 300 repair personnel and two large cranes were mobilized to remove the locomotive and passenger cars that broke apart from the derailment.

Police in charge of train-related affairs have launched an internal investigation into the exact cause of the accident, officials said.

Land Minister Kim Hyun-mee apologized Sunday over the accident, vowing to find out the exact cause of the derailment via a thorough probe.

The derailment is the first major accident on the line connecting South Korea's capital city and Gangneung. It opened Dec. 22, 2017, ahead of the PyeongChang Winter Olympics held in February 2018.

The train link allows passengers to travel from Seoul to Gangneung in around 1 1/2 hours, whereas it takes three hours by bus. 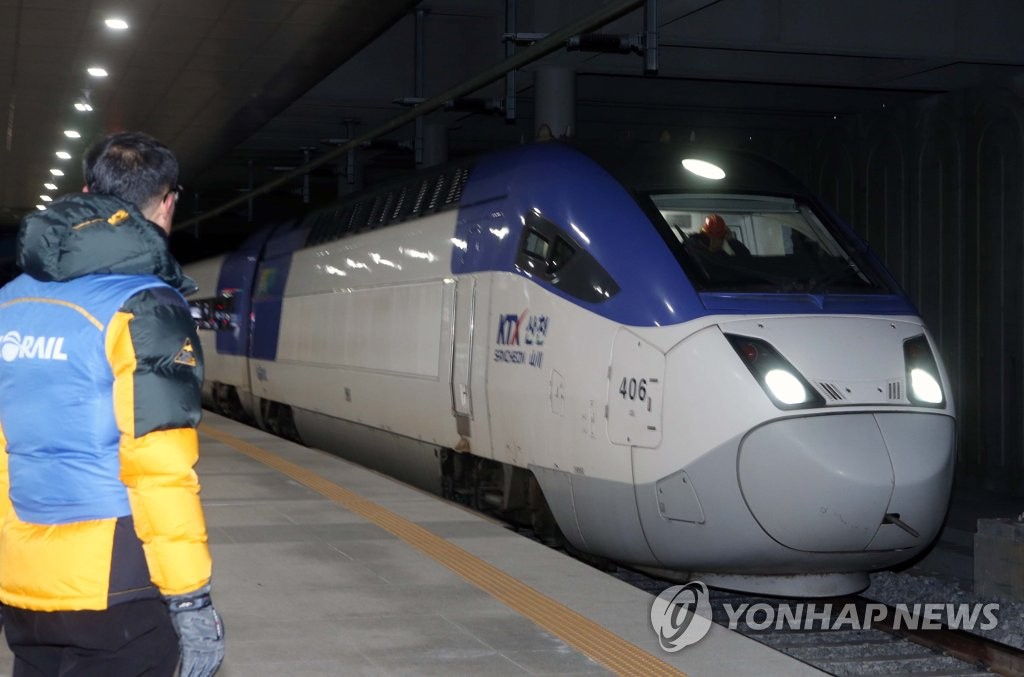