KT&G, Philip Morris Korea and British American Tobacco (BAT) Korea have all set up departments to exclusively promote sales of their e-cigarettes and are increasing the number of their street stores.

Philip Morris was the first of the pack, opening a shop in June last year with the launch of its IQOS. It has since launched four more independent stores nationwide and has a sales booth at 20 Electro Mart outlets, an electronics store chain run by Shinsegae Group.

The company now runs two call centers, one each in Seoul and in the southeastern city of Busan, and has increased staff from 35 to 170 for around-the-clock operation.

KT&G has three stores, including a standalone in southern Seoul and two shop-in-shop flagships. It offers a visiting service to customers to handle their requests and has 200 staff members standing by. 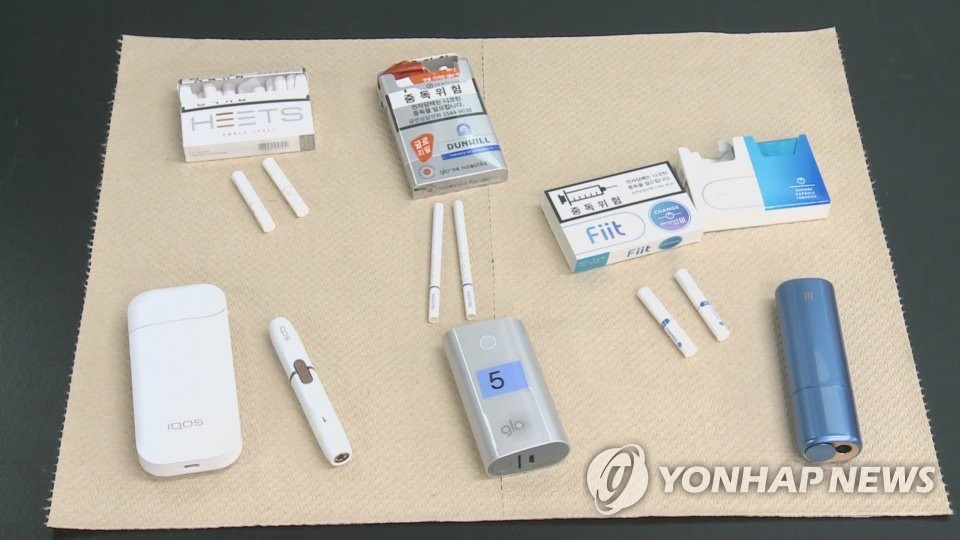 The company has 10 after-sales service centers throughout the country and 31 smaller consultation stations to solve simple product problems. It has added incentives by giving leather cases to purchasers of its product lil.

BAT Korea allows online purchases of its e-cigarette product Glo after confirming the age and identity of the buyer. In addition to its recently opened flagship store, it set up Glo carezones at a number of Seven Eleven convenience stores that can handle after-sales service care and free product experience.

Industry officials say another change in their marketing tactic is the use of media events when new products are launched.

Such aggressive marketing has displeased social commentators who see it as contradicting efforts to bring down the country's smoking rates. These watchers also want the government to amend laws on the tobacco industry that are outdated and unable to regulate the new e-cigarette market.

"With the launch of e-cigarettes, the industry can no longer survive in the old way," an industry official said. "We need to communicate more actively with different segments of society to adapt better to the changing market conditions and to improve the regulations on tobacco."
(END)