"I come to a temporary break," Onew, whose real name is Lee Jin-ki, said in a hand-written letter posted to SHINee's social media accounts and official website.

"It has always been not enough and will continue to be so, but please consider this short while of break as time to prepare to become a better (artist)," Onew said in his letter.

"I hope all of you stay healthy and happy. I will continue seeing, so listen to my voice if you think of me," he said, expressing gratitude to his supporting fans.

Of the four SHINee members, Onew is the first to join the armed forces to complete the 19-month mandatory service. His absence may temporarily reshape the K-pop band as a three-member act.

"The place and time of (Onew's) enlistment will not be publicly disclosed in accordance with his wish," his management agency, SM Entertainment, said.

Along with the letter, Onew also uploaded a short video and photo showing him with a short military haircut.

Onew released his first solo album "Voice" last week, which he described as a gift to his fans. 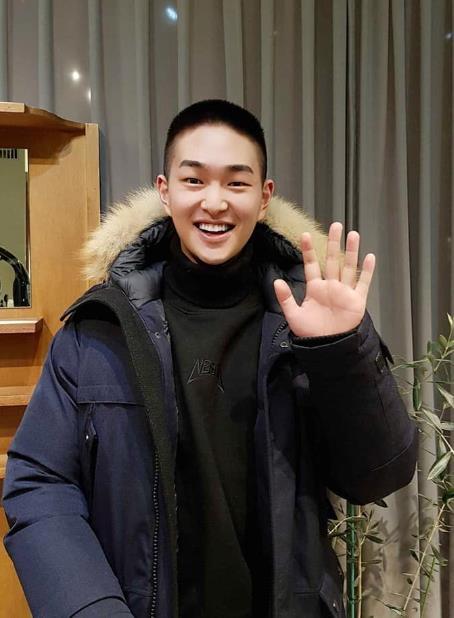 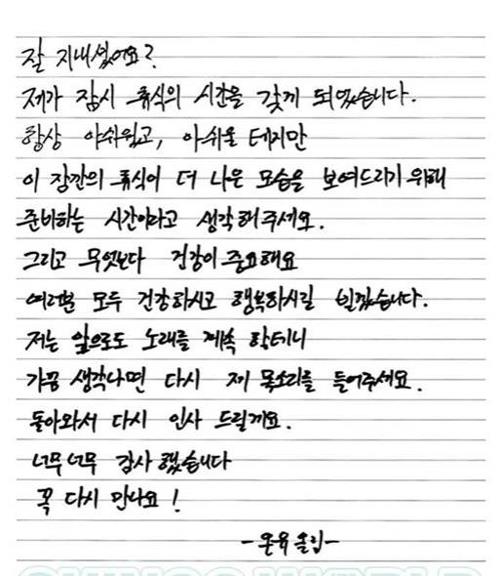