SEJONG, Dec. 10 (Yonhap) -- South Korea's outgoing finance minister said Monday the economic difficulties are unlikely to ease in the near future and warned officials against populist policies that could pose a threat to economic growth.

Finance Minister Kim Dong-yeon made the remarks a day before Hong Nam-ki, a veteran bureaucrat who had served as head of the government's policy coordination office, takes up the post.

"The economic difficulties are expected to last a long time. There is a need for genuine courage that lets people know the present situation as it is and asks them to share in the pain," Kim said.

South Korea's economy is showing signs of a downturn with export growth losing its momentum and private consumption remaining sluggish. 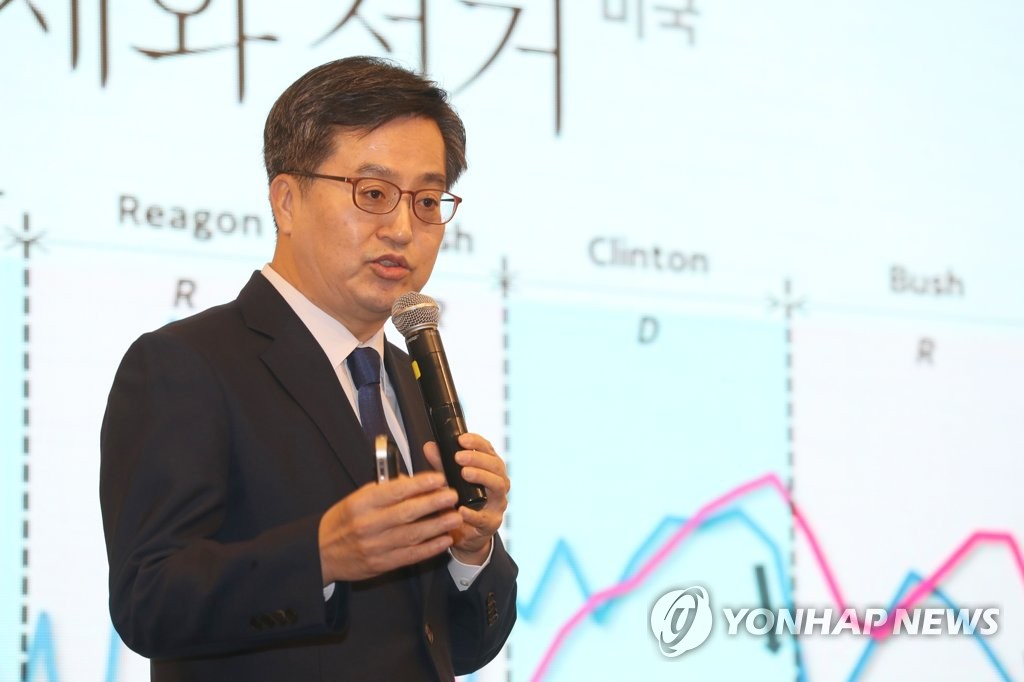 The economy expanded 0.6 percent in the third quarter from three months earlier, marking the slowest gain since the fourth quarter of last year when the economy contracted 0.2 percent.

Following a 0.6 percent rise in the second quarter, the economy has been below the 1 percent expansion line for two quarters in a row.

Kim had reportedly clashed with senior aides of President Moon Jae-in over an "income-led" growth policy.

Critics say such a hike could pose a threat to owners of self-employed businesses that account for about 25 percent of jobs.

The policy, which is centered on higher wages for workers, calls for increased income and spending by households to generate growth in the country.