Moon said in a speech to mark the 70th anniversary of Human Rights Day, which commemorates the United Nations General Assembly's adoption of the Universal Declaration of Human Rights.

"Clearing away the vestige of the Cold War on the Korean Peninsula and bringing permanent peace to the peninsula will promote human rights of all people," Moon said.

"This will set the stage for freedom, justice and peace on the Korean Peninsula, Northeast Asia and in the world," Moon said.

He stressed that fostering peace will guarantee the promotion of human rights and vice versa.

"Among countries that experienced colonial rule, dictatorship and war, there are few countries that have the level of human rights of South Korea," he said. "But we have a long way to go. War on the Korean Peninsula has not ended and peace has yet to be established."

At the ceremony, late lawmaker Roh Hoe-chan, who jumped to his death in July, was posthumously awarded Mugunghwa Medal, the country's highest order of civil merit, for his contribution to enhancing human rights.

Roh, the floor leader of the leftist Justice Party, took his life amid a probe into allegations that he received illegal political funds.

Roh, long known for his clean image, was a towering figure in the nation's labor movement and progressive politics. 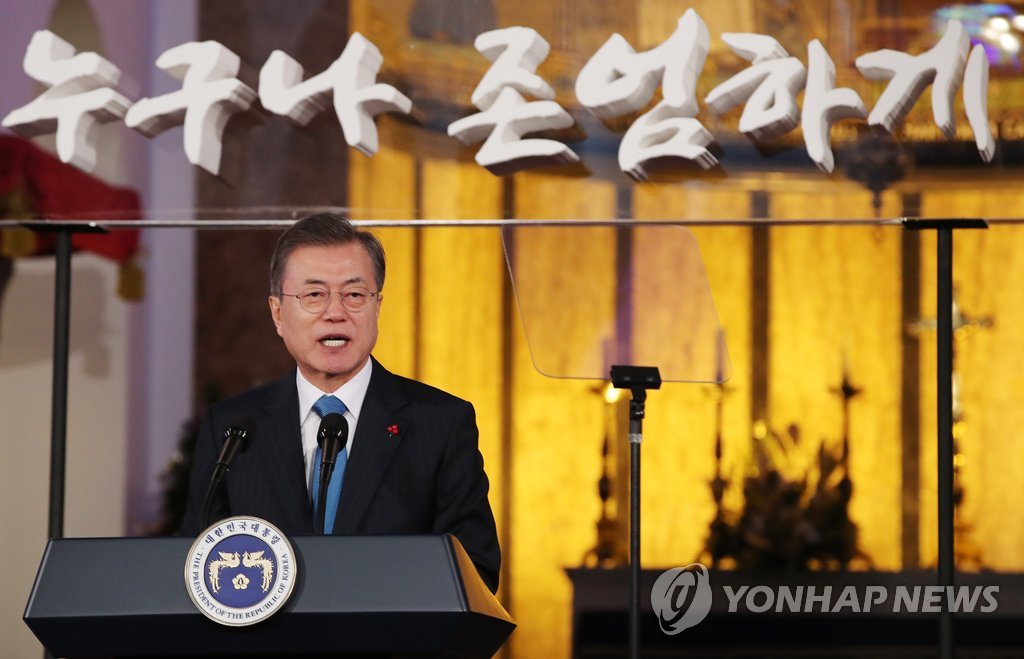