SEOUL, Dec. 10 (Yonhap) -- The wage gap between workers in large companies and small and medium-sized enterprises (SMEs) widened in 2014 amid a deepening polarization of the labor market, a report said Monday.

According to the report published by the Bank of Korea (BOK), large businesses -- those with 300 or more workers -- paid wages 1.7 times greater than those paid to employees at smaller firms in 2014, widening from a 1.1-fold gap tallied in 1980.

"Companies calculate salaries based on their workers' career, education background and other factors. This is the wage premium," said Park Kwang-yong, one of the three co-authors of the BOK report. "This wage difference and immobility between large firms and SMEs have deepened the labor market duality in Korea."

On the other hand, the author noted that the disparity between regular and non-regular workers has been narrowing to some extent over the last few years.

Temporary workers received 62 percent the wages of regular workers in 2006, with the percentage rising to 73.2 percent in 2017.

The BOK report said Sweden and the Netherlands have successfully addressed a two-tier labor market in recent decades through a social consensus of labor and management.

"We have to start a discussion on ways to mitigate the duality and improve the flexibility and security of the labor market," Park said. 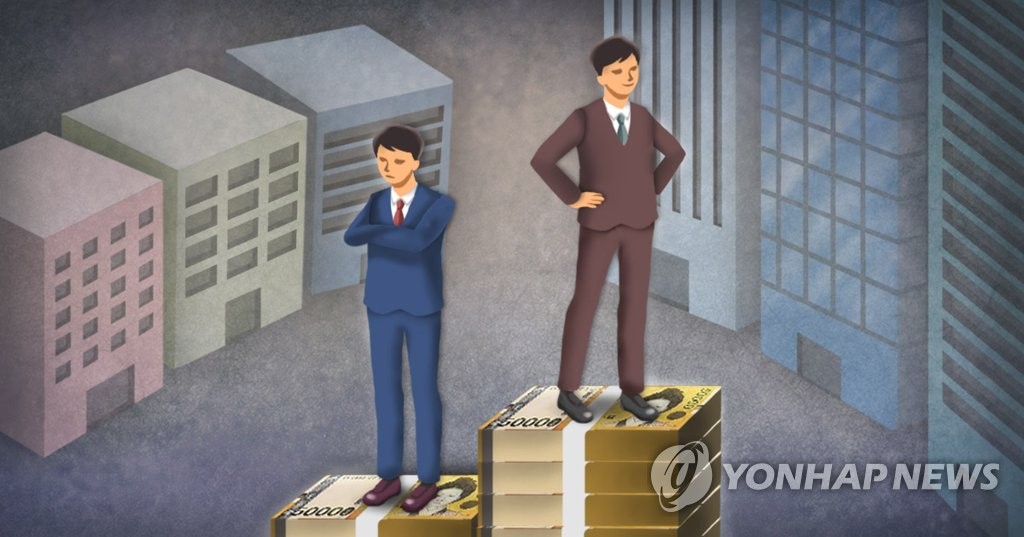