SEOUL, Dec. 10 (Yonhap) -- South Korean pianist Lim Hyun-jung has received an award for her devotion to cultural exchange from the canton of Neuchatel in Switzerland, her agency, Bom Arts Project, said Monday.

According to the Seoul-based agency, the pianist is the first South Korean to take home the award, which the canton has given out to people in recognition of their contributions to global cultural exchange since 1995.

The pianist has been living there for years now and has been actively engaged in a variety of volunteering work such as anti-racism campaigns, the agency said.

Lim rose to fame when a YouTube video showing her playing "Flight of the Bumblebee" by Nikolai Rimsky-Korsakov drew global attention in 2009.

In 2012, she recorded the Beethoven sonatas for classical music label EMI. Her essay, "Le Son du Silence," was published in 2016 by Albin Michel, a French publisher. 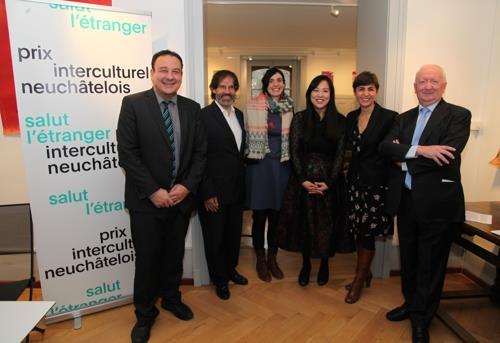