During the upcoming discount event, which will take place from Jan. 17 to Feb. 28, local businesses will offer steep discounts and a variety of tour programs to foreign visitors, the government-sponsored committee said in a statement.

"For 10 years through 2017, the number of foreigners who came to Korea during the grand sale event continued to rise. But this year, the corresponding figure fell following political tensions between Seoul and Beijing. We expect foreign visitors to return to Korea for shopping and tourism next year," VKC Secretary General Han Kyung-ah told Yonhap News Agency.

Though tension erupted last year, the diplomatic row between Seoul and Beijing over the deployment of a missile defense system, named THAAD, has continued to weigh on the number of Chinese nationals visiting the country.

Some 800 companies, including Shinhan Bank, Asiana Airlines Inc., CJ E&M and Hanatour Service Inc., have applied to join the 10th sales event, with more moving to promote their products and services, the statement said. 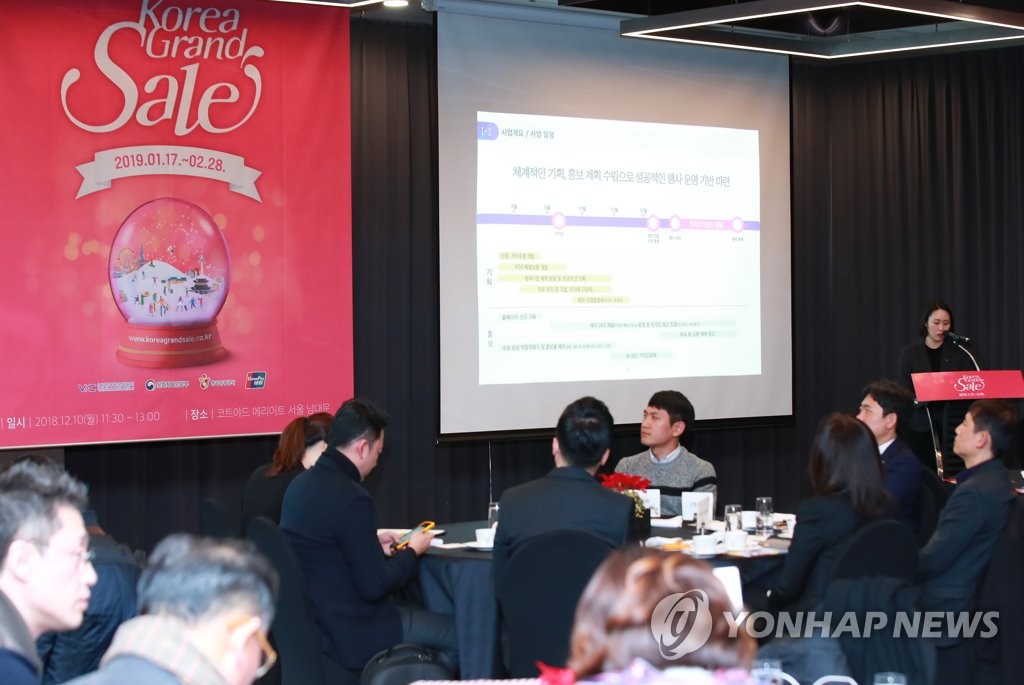