According to a survey of 1,400 Korean adults by the Anti-Corruption & Civil Rights Commission, 53.4 percent of respondents said Korean society is corrupt, a decrease of 13.4 percentage points from a similar poll conducted last year.

Asked the reasons for believing Korean society is corrupt, 58.1 percent said corrupt acts are widespread, while 20.9 percent said they were influenced by press reports on corruption. 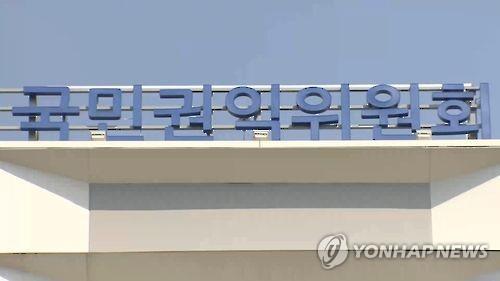 Asked to pick the reason for corruption, 34.7 percent cited a corruption-inducing social culture.

The share of ordinary Korean people who believe government officialdom is corrupt also fell to 40.9 percent from 52 percent last year.

The survey, which was carried out by the Hyundai Research Institute at the request of the commission, also polled 1,400 civil servants, 700 business people, 630 experts and 400 foreigners by telephone, email and interview from May to October.

Asked whether corruption will decrease in the future, 52.1 percent of ordinary people, 49.8 percent of experts and 69.1 percent of civil servants answered in the affirmative. But 47.7 percent of business people and 48.2 percent of foreigners said there won't be much change.

Half of civil servants said the government's fight against corruption will prove effective but only 16.6 percent of business people agreed to the view.

As for the ways to fight corruption, the majority of civil servants called for the elimination of a corruption-inducing social culture, while the four other groups demanded crackdown and punishment be toughened against corrupt acts.