SEJONG, Dec. 10 (Yonhap) -- The chief of South Korea's anti-trust watchdog said Monday that his agency will take stern measures against any unfair business practices involving big firms and their suppliers.

"Addressing the issue of unfair business practices is one of the top priorities for the Fair Trade Commission (FTC)," FTC Chairman Kim Sang-jo said during a meeting with heads of small steel firms in Pohang. 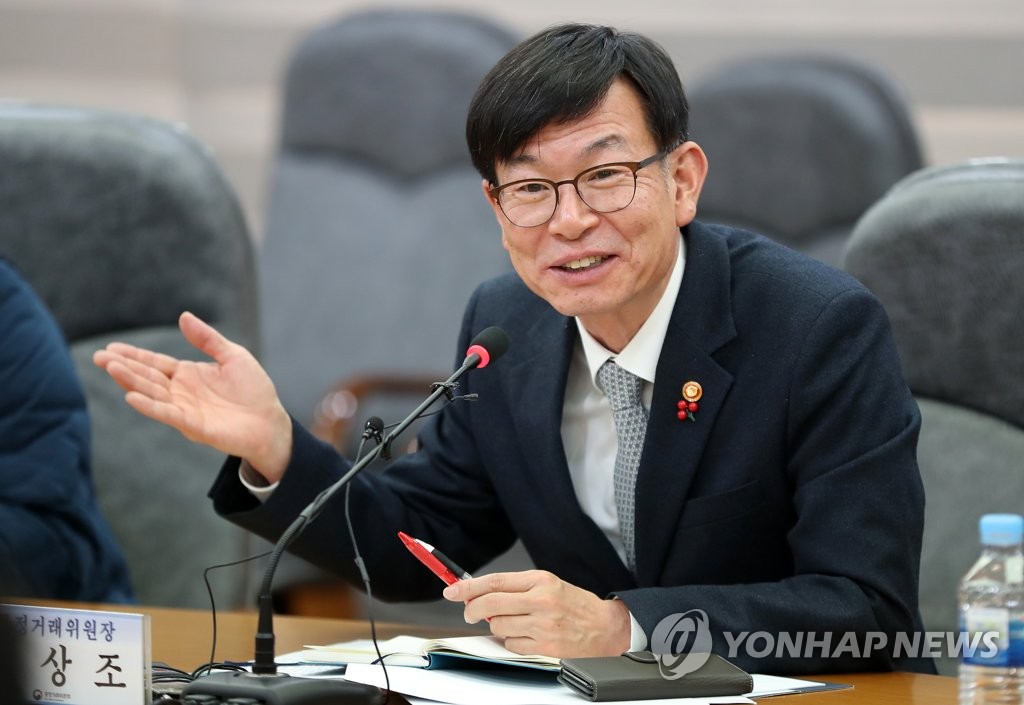 The FTC has been stressing that it will promote fair business practices and take stern measures against big companies that abuse their dominant positions.

Smaller suppliers argue that large players have been involved in unfair business transactions, such as delayed payments, returns and reducing supplied goods.

Many policymakers have blamed such practices for squeezing the bottom lines of smaller companies and licensed shops, which they claim has widened the profit gap with high-earning large enterprises.

Kim has stressed that creating a level playing field for small and medium-sized enterprises is very important in a country where family-controlled conglomerates, known as chaebol, dominate the economy.
(END)