SEOUL, Dec. 10 (Yonhap) -- The estuary of a river near the Kaesong industrial complex is full of sand and must be dredged to facilitate coastal development, a state-run research institute said Monday.

The Korea Hydrographic and Oceanographic Agency (KHOA) revealed the details of the Ryesong River -- which flows past Kaesong, home to an inter-Korean industrial zone, and joins the Han River's estuary -- following a 35-day survey of the waterways along the western coast.

"The estuary of the Ryesong River is filled with sand, which makes it hard for small ships to navigate," a senior official at the KHNO said, asking to remain unnamed. "It took over four hours to find a waterway in the area on the first day of the inspection."

The joint inspection showed that even small vessels would find it hard to enter the mouth of the Han River at low tide due to the shallow waters.

The joint industrial park was shut down in early 2016, when Seoul's former Park Geun-hye administration pulled out all South Korean businesses and their workers as part of its unilateral sanctions against the communist state.

While resumption of the Kaesong complex has been considered a major step to boost inter-Korean ties, the proposal cannot proceed as long as Pyongyang is under heavy U.N. sanctions.

The survey covering 660 kilometers of waterways along the western border was conducted to make it possible for joint use of the estuary of the Han River.

The survey is another step in easing military tensions along the heavily guarded western border, which have kept the area off-limits, after the leaders of the two Koreas held their third summit in Pyongyang to improve peace on the Korean Peninsula.

Under the September inter-Korean military accord, the two sides said they will guarantee the safety of the estuary so it can be used for tourism, ecological protection and the collection of construction materials, such as sand and stone. 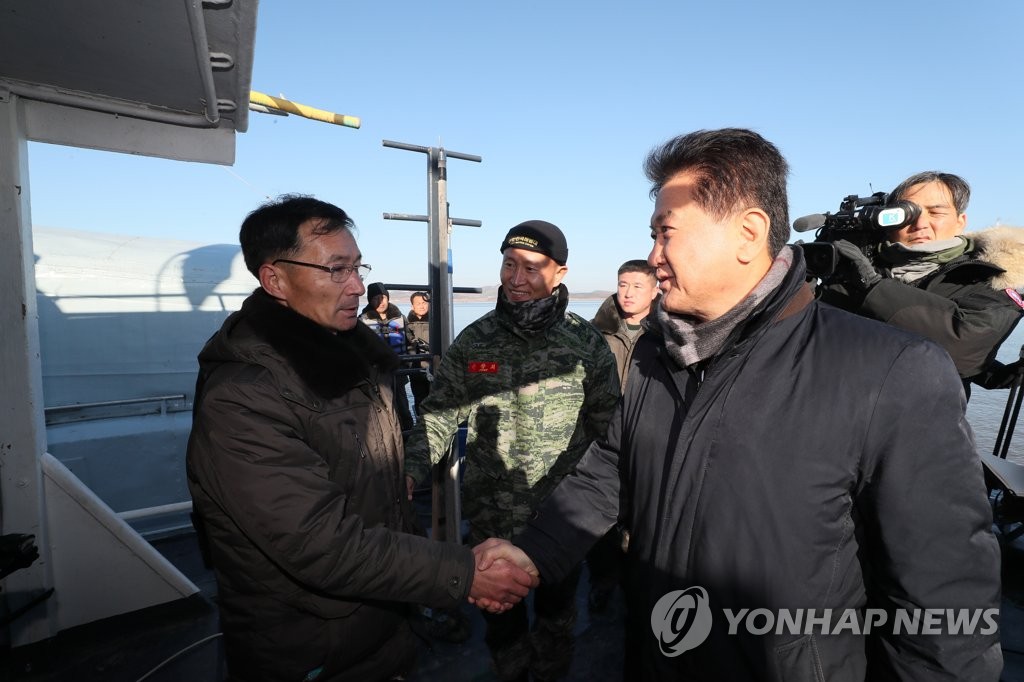