A Seoul-bound KTX train carrying 198 passengers derailed early on Saturday morning after leaving a station in the eastern city of Gangneung. The accident injured 16 people aboard with no fatalities.

"It has been less than one year since the KTX Gangneung line opened. Safety checks should be carried out on not only older facilities but also new ones," Moon said at a meeting with his aides. "I ordered strong measures so as to regain public trust toward train services."

Moon apologized to the public over the derailment that took place under his administration that prioritizes people's safety.

"It was fortunate that there was no serious human damage, but it was an accident that could become a major disastrous incident," he added.

The president also expressed regret that the accident occurred at a time when Seoul is pushing for expanding its railway services beyond its border.

South Korea is pursuing an ambitious project to link the Trans-Siberian Railway with an inter-Korean rail line.

"The land ministry should thoroughly determine the exact cause of the recent accident and other incidents. It should draw up measures to prevent them from reoccurring," he added.

Monday's meeting with his aides marked Moon's first such gathering in six weeks. 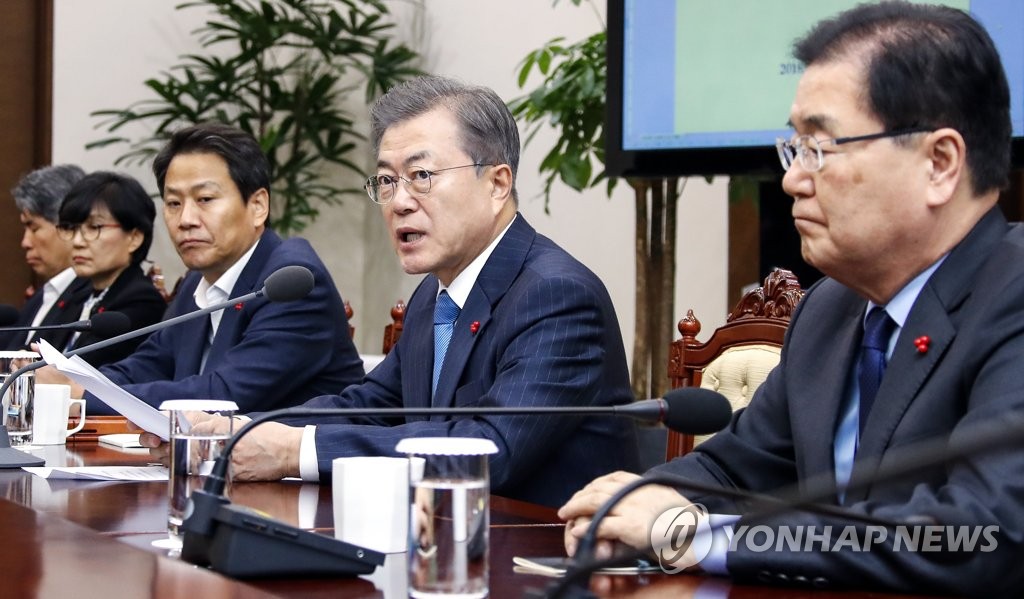