The Ministry of Land, Infrastructure and Transport has invested 12.5 billion won (US$11 million) to build the 320,000-square-meter mock urban area at the Korea Transportation Safety Authority in Hwaseong, southwest of Seoul, the ministry said in a statement.

In particular, the 5G networks will allow companies, universities and research institutes to test a variety of connected car services in those different environments, the ministry said.

In March, 188 companies, including Hyundai Motor Group, Samsung Electronics Co. and SK Telecom Co., set up a consultation committee for the development of autonomous vehicles, and they are expected to test their vehicles, products and connected technologies, it said. 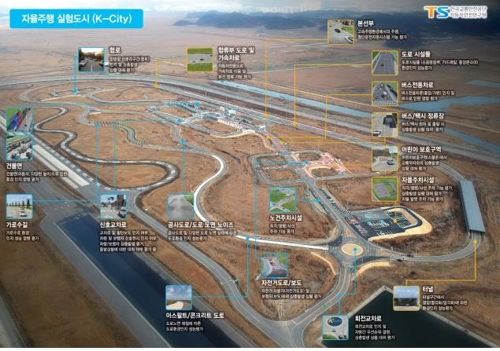