The annual music show, presented by Capital One, featured popular pop stars like Camila Cabello, The Chainsmokers, Dua Lipa and Khalid, and Monsta X was the first K-pop act to be part of the show.

It staged performances in front of a total of 120,000 American concertgoers, walked on the red carpets and actively promoted its music through media interviews.

It stole the limelight by performing as the ending act in San Francisco on Dec. 1 and in Boston on Dec. 4, and as the opening act in New York on Dec. 7. In Boston, it performed in collaboration with The Chainsmokers.

The group said, "It was such an honor to be on the same stage with global pop artists," in a statement released by its agency.

"The tour is really priceless and meaningful to us and continues to be so. Based on the experiences and lessons we learned on stage, we will try to grow and develop further as artists." 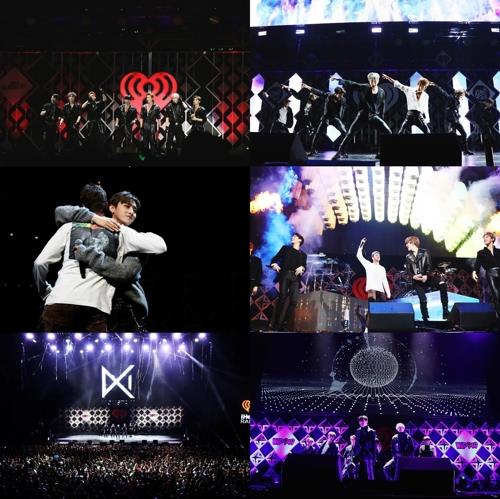