SEOUL, Dec. 10 (Yonhap) -- A press conference organized by two former baseball players on Monday to claim innocence took a disturbing turn, as one of the players alleged that an ex-teammate struck him multiple times with a baseball bat three years ago.

Former Nexen Heroes outfielder Moon Woo-ram, banned for life by the Korea Baseball Organization (KBO) over his match-fixing conviction from August this year, said he was never involved in any fixing schemes in 2015, as he's been found guilty of. Accompanying Moon was another ex-player, former NC Dinos pitcher Lee Tae-yang, who said he'd been tricked by a prosecutor into testifying against Moon. 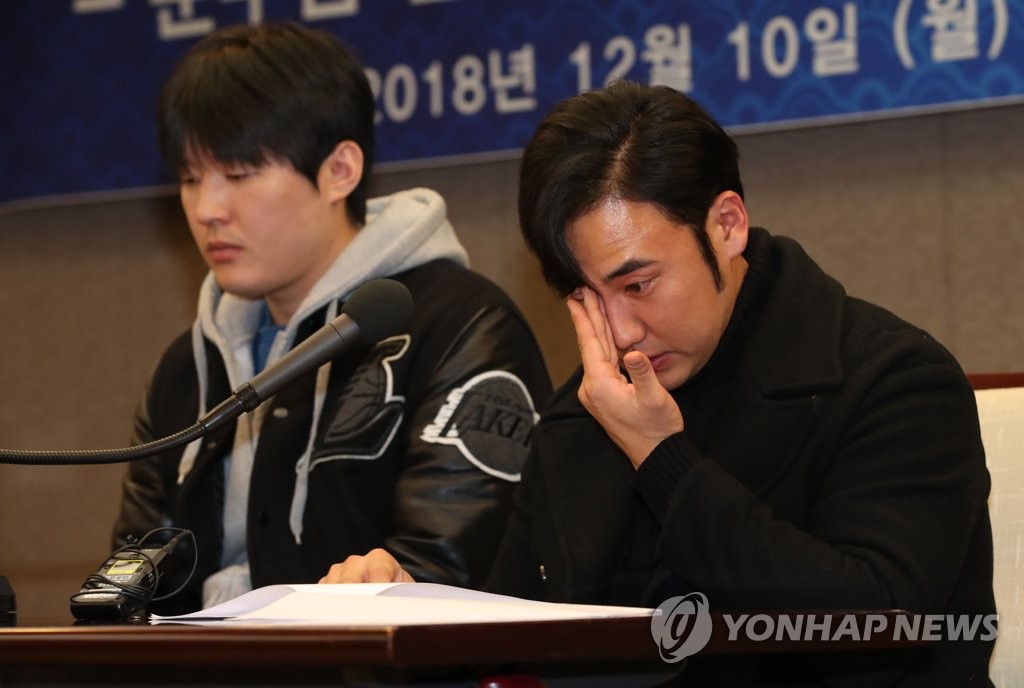 And during the media conference, Moon, 26, said an older teammate with the Heroes hit him in the head with a bat seven times in May 2015. With a concussion and a badly swollen face, Moon said he was unable to get into games for a significant stretch.

It was around this time that Moon said he was approached by a match-fixing broker, surnamed Cho. Moon said Cho told him that he'd feel better if he went on a shopping spree and showered Moon with gifts, such as sneakers, jeans and wristwatches.

Cho was apparently trying to befriend Moon and draw him into fixing schemes, but Moon said Cho introduced himself as an aspiring baseball agent and he had no suspicions of Cho otherwise.

Cho was convicted after getting caught trying to set up a fixing deal with Lee. Moon was also found guilty of his alleged role, though he insisted he had no part in any match fixing.

"Those gifts from Cho ended up making me guilty," Moon said. "Even if I never play baseball again, I want the truth to come out."

Moon declined to identify the ex-teammate who he says struck him. A Nexen official acknowledged that the incident did take place, but the chapter was closed after that unidentified teammate apologized to both Moon and Moon's father.

"It was the case of the players trying to police themselves, so the club decided not to mete out any punishment," the official added. "But we regret that such a violent incident happened."

The KBO said it will try to verify all the facts surrounding Moon's incident and to look further into the case. 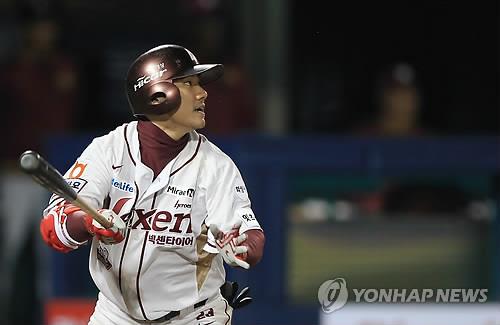