SEOUL, Dec. 10 (Yonhap) -- North Korean leader Kim Jong-un is unlikely to visit Seoul within this year considering the lack of time for preparation, a U.S. expert said Monday amid mounting speculation over the possibility of the unprecedented trip.

Robert Carlin, former chief of the Northeast Asia division of the U.S. State Department's bureau of intelligence, made the remark amid rumors that Kim may visit Seoul soon and that officials are making secret preparations.

In a summit with South Korean President Moon Jae-in in September, Kim promised to visit Seoul "at an early date" to reciprocate Moon's trip to Pyongyang. Moon said that it meant he would travel to the South before the end of this year unless a major issue arose.

"I just assume a visit requires lots of logistical preparation, and until we see it, until there is some sense that it's happening, my guess is it's not going to happen," Carlin said during a seminar in Seoul.

No North Korean leader has ever visited the South since the 1950-53 Korean War.

The South Korean presidential office Cheong Wa Dae said Sunday that no headway has been made in regard to Kim's possible visit. It has, however, said it will leave all doors open for Kim to come before the year's end or early next year.

Moon Chung-in, a special adviser to President Moon, said that whether Kim's visit takes place before or after his meeting with U.S. President Donald Trump, it can complement the other and create a virtuous cycle.

"When the leaders of countries meet and build trust, they can solve things that could not make headway at the working level," the adviser said, referring to the stalled nuclear talks between the United States and the North.

North Korea wants the U.S. to ease sanctions in exchange for the denuclearization steps the regime has taken so far, including blowing up its nuclear testing site. But the U.S. insists that sanctions relief is possible only after the North's complete denuclearization. 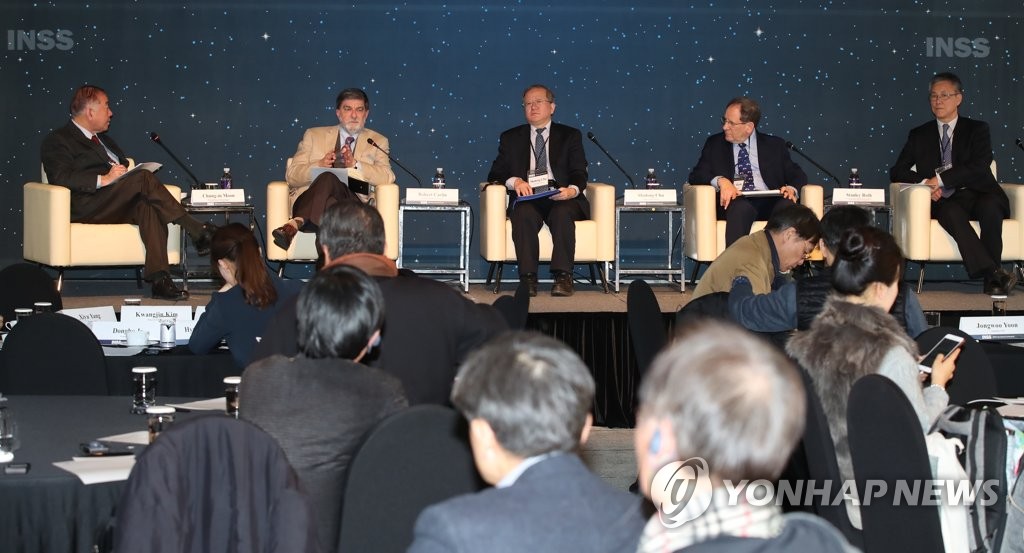