Under the investment plans, the South Korean business group will establish two separate plants to churn out 500,000 hydrogen fuel cell electric vehicles and 700,000 fuel cell systems in 2030, the company said in a statement.

"Hyundai Motor Group, as a first mover, commercialized a hydrogen fuel cell vehicle for the first time in the world. On top of hydrogen cars, it is taking another step forward to transform hydrogen power into a main energy source for communities," the group's Executive Vice Chairman Chung Eui-sun said in the statement.

On Tuesday, Chung attended the groundbreaking ceremony of the second fuel cell systems plant in Chungju, 150 kilometers south of Seoul.

Out of the planned 700,000 fuel cell systems, Hyundai aims to sell 200,000 systems to rival carmakers and other manufacturers as part of a business diversification strategy, the statement said.

Global management consulting firm McKinsey & Company forecast the world's fuel cell systems demand to be about 5.5 million to 6.5 million by 2030 as fuel cells will drive down maintenance costs by about 10 percent in trains, ships and forklifts by the same year, it said. 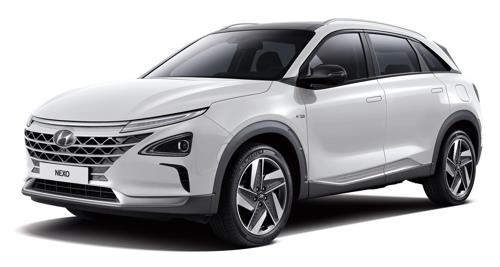