The Palisade comes with an eight-speed automatic transmission with a choice of a 2.2-liter diesel engine or a 3.8-liter gasoline mill. It is priced at 36 million won-42 million won (US$31,000-$37,000), Hyundai said in a statement.

The new SUV boasts spacious eight-passenger seating with high-end materials used throughout the cabin, employs advanced convenience and safety features, and ample cargo space even with the third seats in place.

Hyundai plans to launch the all-wheel drive and three-row Palisade, named after the Pacific Palisades, an affluent and beautiful neighborhood in southern California, in the U.S. market in the summer of 2019.

South Korea's largest carmaker expects the addition of the Palisade to its crossover lineup, currently composed of the subcompact Kona, compact Tucson and midsize Santa Fe, will improve sales across the board.

From January to November, Hyundai sold 4.18 million vehicles, down 1.9 percent from 4.1 million units a year earlier due to weak demand in major markets, such as the United States and China. 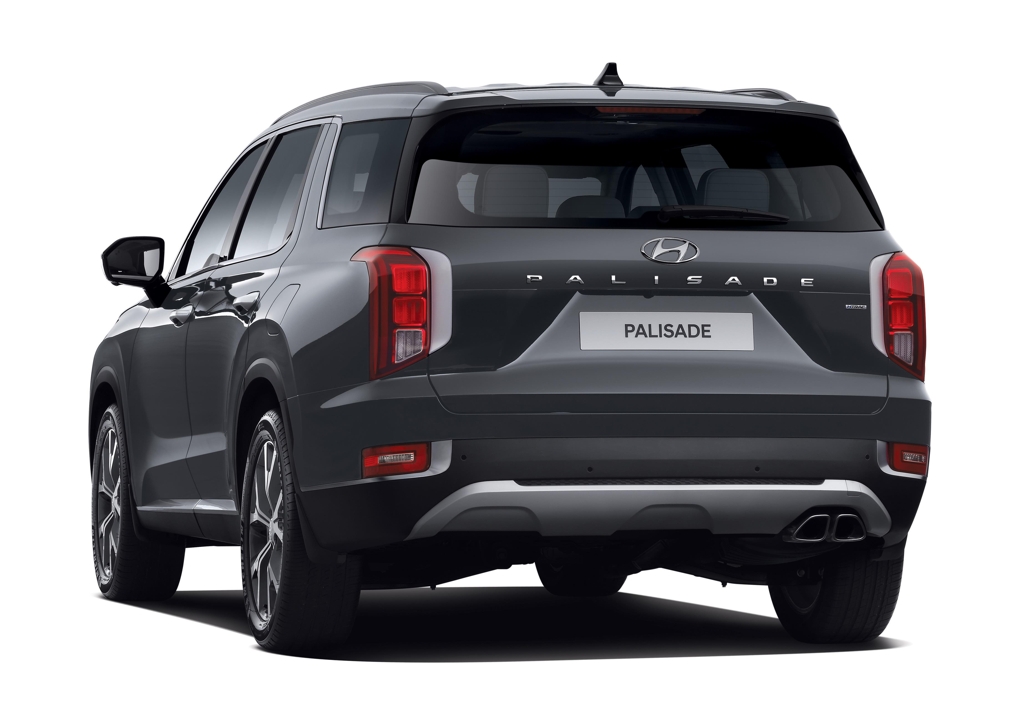