WASHINGTON, Dec. 10 (Yonhap) -- U.S. magazine Time has shortlisted South Korean President Moon Jae-in as 2018 Person of the Year in recognition of his diplomacy with North Korea.

Time has identified the Person of the Year since 1927 to recognize people or groups who have "most influenced the news and the world -- for better or for worse -- during the past year," the magazine said.

In nominating Moon for the title, Time said: "Since hosting (North Korean leader) Kim Jong-un's sister at the Pyeongchang Winter Olympics in February, South Korean President Moon Jae-in has met his counterpart from the North in three historic summits on the future of the Korean Peninsula this year, as well as brokering the landmark meeting between Kim and U.S. President Donald Trump."

Other candidates include Trump, the more than 2,000 families that were separated at the U.S.-Mexico border under the Trump administration's anti-illegal immigration policy, Russian President Vladimir Putin, and U.S. Special Counsel Robert Mueller.

Last year, the magazine listed Kim as among the candidates for 2017 Person of the Year.

This year's "winner" will be announced Tuesday on NBC's Today show. 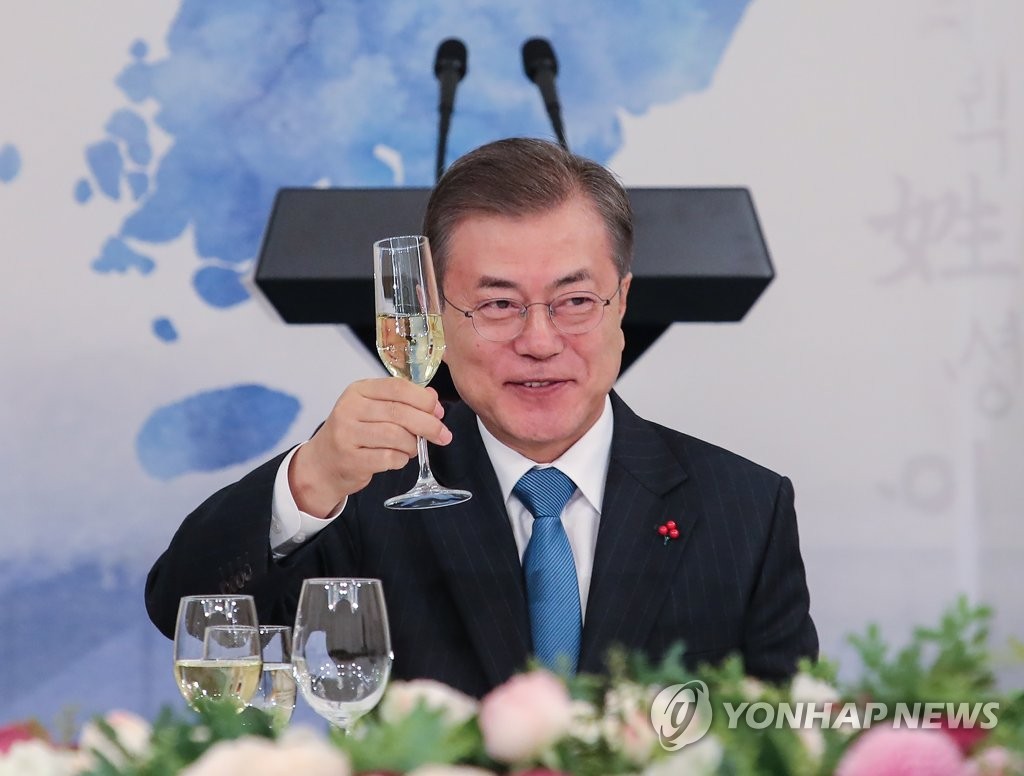 Time magazine shortlists Moon as 2018 Person of the Year

Time magazine shortlists Moon as 2018 Person of the Year