SEOUL, Dec. 11 (Yonhap) -- The main opposition Liberty Korea Party (LKP) is set to elect its new floor leader on Tuesday amid internal strife over how to overhaul the conservative party.

Rep. Kim Hack-yong and Rep. Na Kyung-won will compete for the floor leadership in an election slated for later in the day. The winner will replace incumbent Kim Sung-tae.

While the candidates are campaigning for the party's unity, the election is widely viewed as a race riddled with factional division over whether they have ties to former conservative President Park Geun-hye, who was ousted in March 2017 over a corruption scandal.

Kim, a three-term lawmaker, is among 13 LKP lawmakers who returned the party en masse ahead of a presidential by-election in May last year after joining a center-right party that was formed in early 2017 amid Park's impeachment.

Na, a four-term lawmaker, is viewed as having no factional ties to Park, but loyalists to Park are known to be supporting Na in the floor leader race.

If elected, Na, a big-name politician, will become the first female floor leader of a conservative party.

A new LKP floor leader will be tasked with cementing the party's status as the main opposition and regaining public confidence ahead of the 2020 parliamentary election.

The public support rate for the LKP fell 1.7 percentage points to 24.7 percent last week, the first decline in six weeks, showed data from by pollster Realmeter. 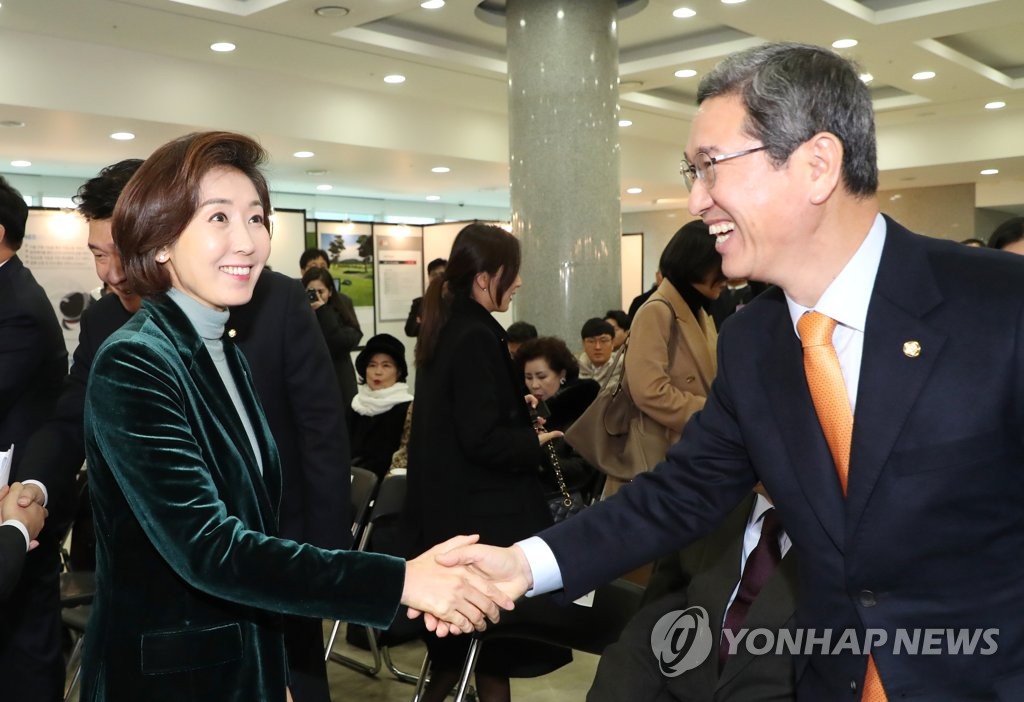