The competition is open to the top 16 players in the men's and women's singles, and the top eight teams in the men's, women's and mixed doubles, based on their performances in the 12 ITTF World Tour events.

The mixed doubles competition starts with the quarterfinals Thursday, and the final is scheduled for Saturday.

Jang and Cha won the mixed doubles title at the Korea Open in Daejeon, 160 kilometers south of Seoul, in July. They also played together at the Austria Open in November and lost in the semifinals to Xu Xin and Liu Shiwen of China.

Cha will be the only North Korean in the field.

South Korea will have three players in the men's singles, with Jang joined by Lee Sang-su and Lim Jong-hoon. Jang and Lim will team up in the men's doubles, while Lee will play with Jeoung Young-sik in the same event.

The world's top three male and female players will all be in action, led by the men's No. 1 Fan Zhendong and the women's No. 1 Zhu Yuling, both of China. 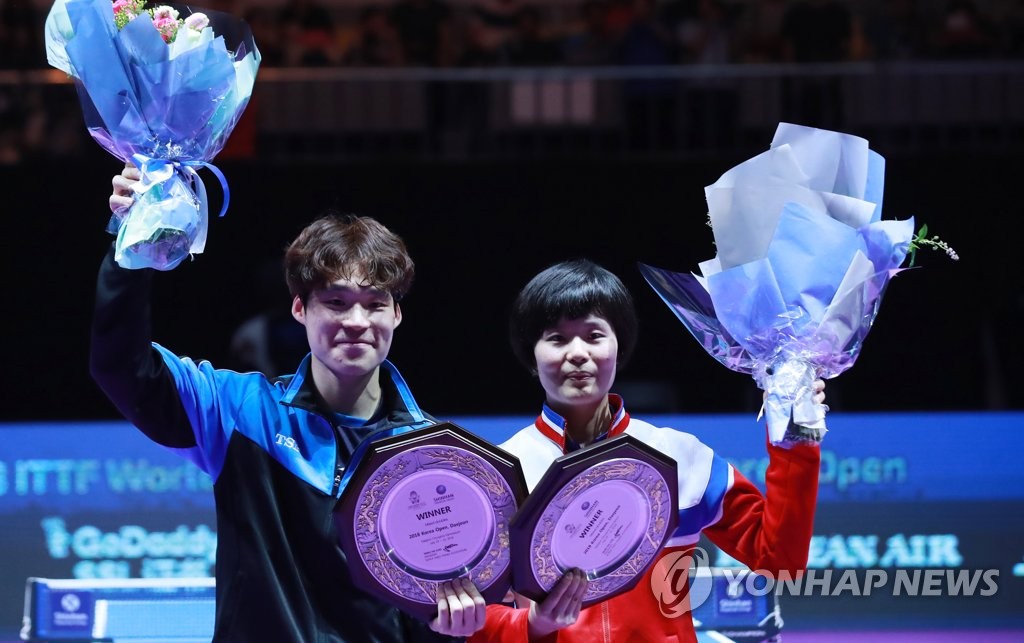