SEOUL, Dec. 11 (Yonhap) -- Samsung Electronics Co. on Tuesday showcased the Galaxy A8s smartphone with a display that comes with a hole for the camera on the front, delivering a wider screen than rival smartphones.

The South Korean tech giant unveiled the Galaxy A8s, which will be released on Dec. 21 in China. The price tag is expected to be around 500,000 won (US$442) to 600,000 won, although the release in South Korea has not been confirmed, industry sources said.

The new smartphone is significant as the display fully covers the front part of the device except for a small hole for the camera. Accordingly, it delivers a wider viewing angle for users compared with rivals, including Apple Inc.'s iPhones that use the so-called notch design.

The Galaxy A8s comes with a 6.4-inch screen with a 24-megapixel selfie camera. It also has three cameras on the back. The battery capacity stands at 3,400mAh.

The smartphone is also the first Samsung handset to exclude a headphone jack. Industry sources said the company is expected to ditch the jack for the upcoming Galaxy S10, which will be showcased in February as well. 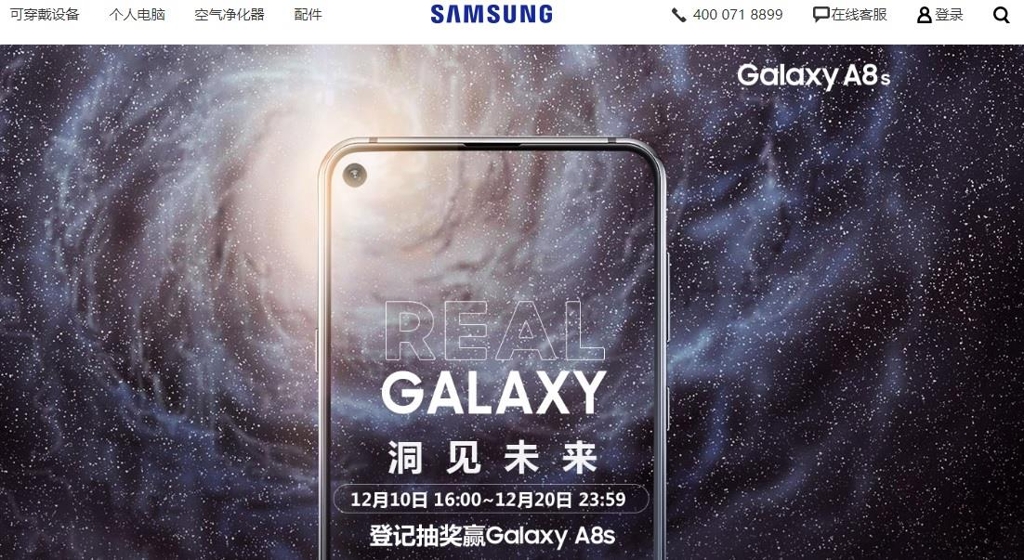