SEOUL, Dec. 11 (Yonhap) -- The Ministry of Foreign Affairs is considering a partial shakeup of its organizational structure to set up a bureau separately tasked with China affairs early next year as part of its efforts to strengthen diplomatic endeavors with Beijing, government sources said Tuesday.

The ministry is in talks with the interior ministry to push ahead with the establishment of the China bureau at an earlier date, they said.

The reorganization plan calls for upgrading the second and third departments to a bureau that also takes care of affairs related to Hong Kong, Macao and Taiwan.

The ministry has pushed for the creation of a China bureau many times, but a shortage of human resources and budgetary restraints have made it unable to do so.

The idea of establishing a new bureau for Chinese matters received a positive response from the government as growing calls to strengthen South Korea's diplomacy toward China emerged following Seoul's decision in July 2016 to deploy the U.S.-led missile system in the country. China was infuriated by the deployment of the Terminal High Altitude Area Defense system, or THAAD, which was in response to North Korean nuclear and missile threats.

The envisioned creation of a China bureau also reflects the reported strengthening of organizations for diplomatic efforts toward China by neighboring countries.

In case a related government agency takes relevant procedures for the planned establishment of the bureau, ministry officials speculated that the new bureau will be launched around February next year.

"It is not a mistake for us to say we have a more positive response to the setup of the bureau than ever before," a ministry official said on condition of anonymity. "But we have to deal with many procedures." 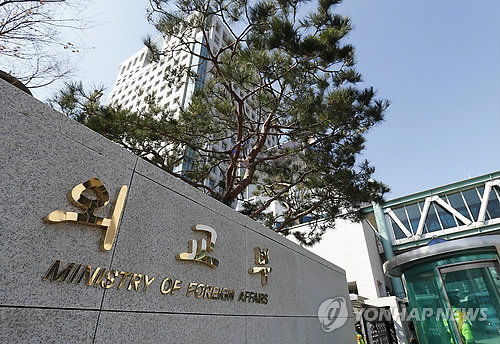