SEJONG, Dec. 11 (Yonhap) -- South Korea's exports fell 3.9 percent in the first 10 days of December from a year earlier due largely to a decline in shipments of ships, customs data showed Tuesday.

The country's outbound shipments reached US$12.1 billion in the December 1-10 period, according to the data from the Korea Customs Service.

The office said that daily average exports, which reflect working days, fell 3.9 percent on-year to $1.72 billion in the checked period.

On the other hand, semiconductor exports fell 3.7 percent, and exports of ships declined 94.9 percent.

South Korea imported goods worth $13.3 billion in the December 1-10 period, down 4.2 percent from a year earlier. 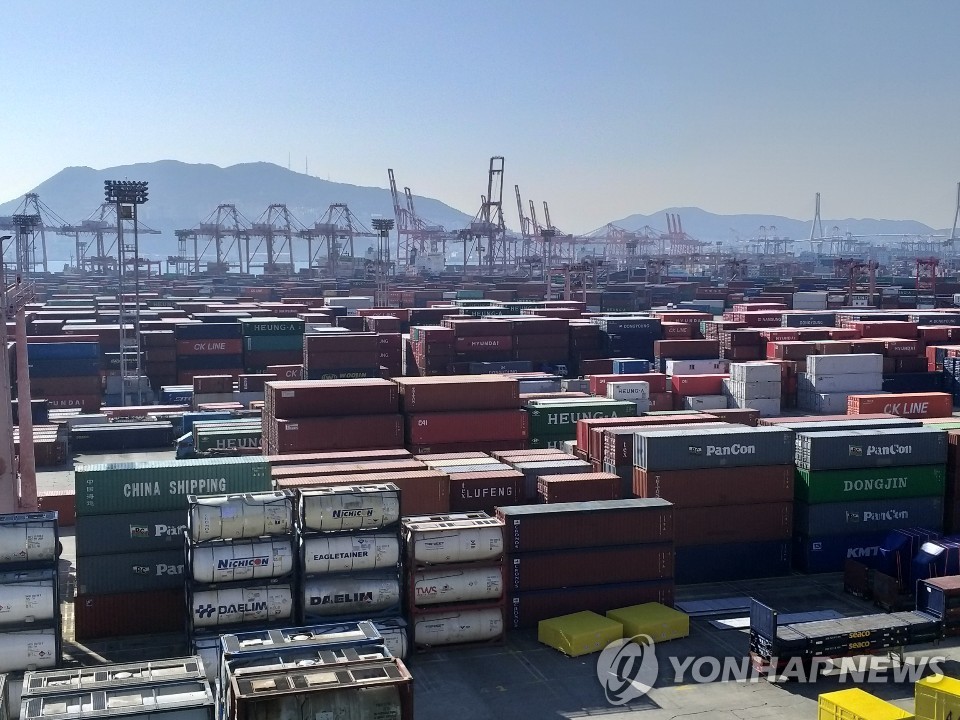