SEOUL, Dec. 12 (Yonhap) -- For a hard-bitten U.S. Army, future warfare goes way beyond ground battles. It is about how to harness military assets and alliance networks to prevail in contested conflict zones of all domains: land, sea, air, outer space and cyberspace to boot.

The armed service has been pushing to flesh out a new war-fighting concept to adapt to the changing character of war and secure a pivotal role in countering increasingly complex security challenges posed by potential "near-peer" competitors like China and Russia.

The Multi-Domain Operations (MDO) concept has been part of a broader U.S. project to retain regional preponderance amid its rivals' military buildup backed by technological advancements, geographical advantages, and enhanced operational doctrines and strategies.

The evolving concept has been seeping into the maneuvers of the U.S. Forces Korea (USFK), as well as its training with South Korean forces, as it has been striving for greater operational mobility and agility through base relocations, troop rotations and other means.

"The concept of multi-domain operations just defines, in more detail, what ROK and U.S. forces are already doing and areas we can better integrate as an Army element into the joint environment," she added. 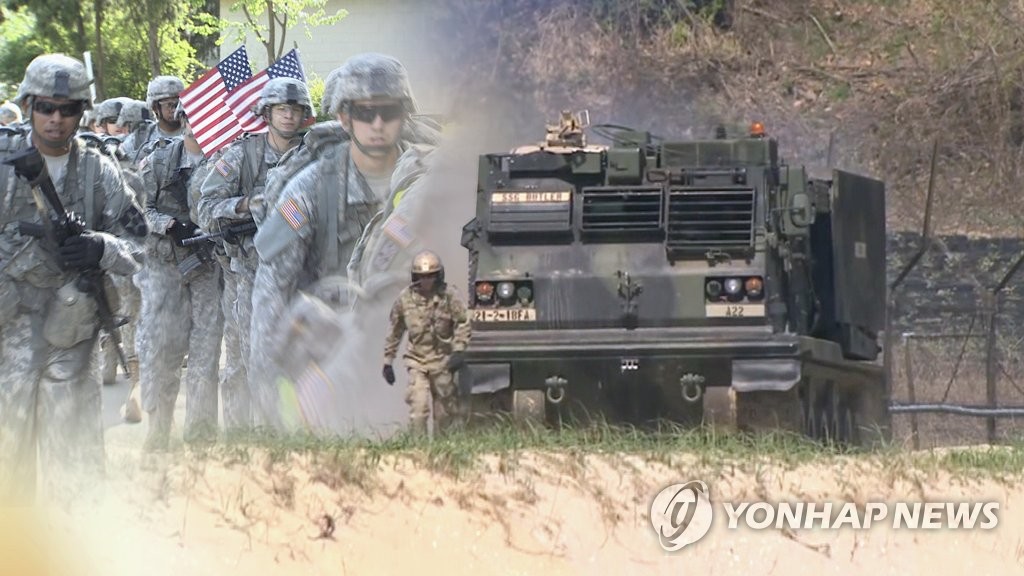 Asked again whether she meant the MDO concept is being applied to the allies' combined military operations now, the officer said, "As far as our regular ongoing training, yes."

"I would say since its inception, it's how we have been training," she added.

The U.S. Army's push to apply the new concept is apparently posing tricky geopolitical risks to its allies, at a time when a Sino-U.S. rivalry is intensifying on multiple fronts, including trade and maritime security, analysts said.

South Korea could be among the allies, as the U.S. has been pushing to deepen security collaborations with them in East Asia -- chief among them Japan -- to protect the "rules-based" order, which observers said China's growing assertiveness could erode.

A Seoul official dismissed any possibility that South Korean and U.S. troops are training on any MDO-based scenario targeting a country outside the peninsula.

"But we cannot step in and talk about U.S. stand-alone military activities on the peninsula," the official said on condition of anonymity.

U.S. Army troops, which account for nearly 70 percent of the 28,500-strong USFK, appear geared toward enforcing the MDO during its training and other operations, as they seek to undertake a greater role for regional peace amid inter-Korean rapprochement.

"Eighth Army's capable and resilient war-fighters are prepared to work, seamlessly, as part of a joint, inter-organizational, and multinational force across land, air, sea, space, and cyberspace domains in a permanently integrated environment," Kageleiry said.

The MDO is part of a broader Army campaign to reorient its operational doctrine that's heavily consumed with counterinsurgency and ground battles, and carve out a core share in a U.S. military strategy that had focused heavily on air and naval assets.

The Army has recently published the latest version of the fighting concept, entitled the U.S. Army in Multi-Domain Operations 2028, which refined the Multi-Domain Battle concept published last year.

The name change was intended to cover comprehensive operations, involving other services, and reflect the Army's resolve to counter threats by potential enemies that also employ nonmilitary means, such as diplomatic, economic and propaganda tools.

The MDO, along with the U.S. Navy's Distributed Lethality concept, falls under the overarching operational concept, called the Joint Concept for Access and Maneuver in the Global Commons, which apparently aims to neutralize anti-access/area-denial (A2/AD) threats from China's cruise and ballistic missiles, bombers, coastal artillery and other advanced weapons with longer operational ranges, and greater lethality and accuracy.

Anti-access refers to action that stops an adversary from approaching a specific operational area, while area-denial means action aimed at limiting the freedom of action and maneuvers within a conflict zone.

China has been pushing to develop A2/AD capabilities since the Taiwan Strait crisis in the mid-1990s when Washington sent two aircraft carriers in a show of force against China amid a spike in tensions between the Asian power and Taiwan. 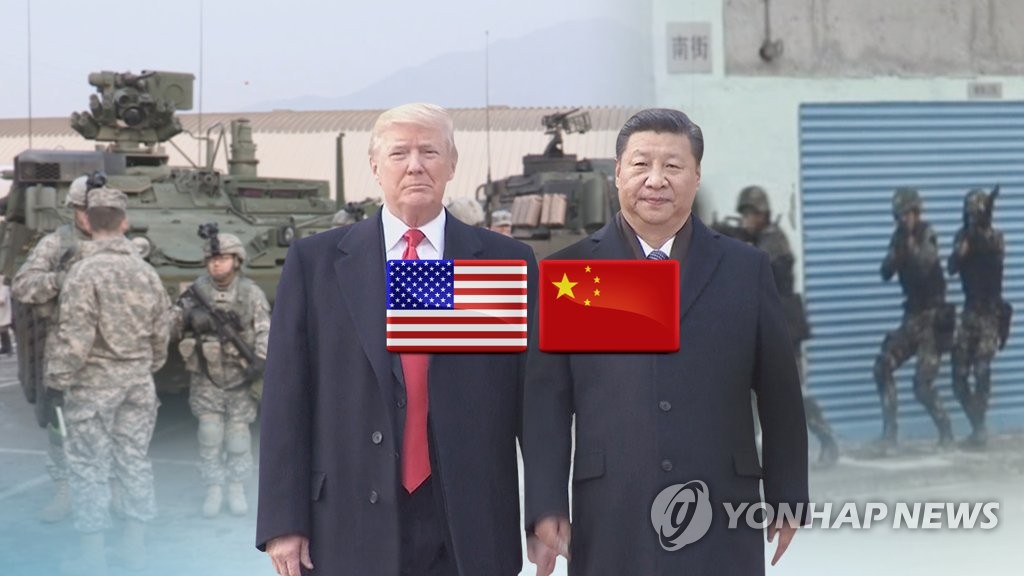 The latest MDO document made clear what the U.S. Army targets.

"Strategic competitors like Russia and China are synthesizing emerging technologies with their analysis of military doctrine and operations," Gen. Mark A. Milley, the Army chief of staff, said in a foreword to the latest MDO document.

The emerging technologies refer to cutting-edge ones, such as artificial intelligence, hypersonics, machine learning, nanotechnology and robotics that are driving a "fundamental change" in the character of war, he said.

These technologies are key to the American military's Third Offset Strategy aimed at preventing any erosion of its technological superiority over potential adversaries to maintain its military preeminence.

Both Harry Harris, former chief of the U.S. Pacific Command, now the Indo-Pacific Command, and currently U.S. ambassador to South Korea, and Gen. Robert Abrams, the USFK commander, have been advocates of the MDO concept.

"I believe the future security environment will require the services to exert influence in non-traditional domains as these domains converge and become more complex, especially if our combatant commands are to achieve dominance across those domains," Harris as the Pacific commander said during a forum in May 2016.

Central to the MDO concept will be cooperation with allies and the training of troops, particularly those based on the continental U.S. (CONUS), for new terrain features in Asia so that they can agilely operate across the Pacific in all domains in case of a crisis.

Thus, the U.S. Army has been pushing for the Pacific Pathways program since 2014. It is a series of exercises, in which U.S. troops are sent to Asia to familiarize themselves with the region marked by oceans, islands and littoral states, and enhance security cooperation and crisis response.

The Eighth Army in Korea has also participated in the program six times since the program was launched.

"Eighth Army's support (for the Pacific Pathways) was limited to training on the strategic deployment, and employment, of CONUS-based augmentation forces to Korea. The primary focus for Eighth Army was on combined training, integration, and onward movement of these forces," Kageleiry said.

"In addition, the participation allowed Eighth Army to help the U.S. Army validate worldwide force deployment readiness and capabilities based on contingency sourcing, as well as improve the Eighth Army's ability to conduct collaborative planning with our joint and ROK partners," she added.

The recent U.S. move to end the Intermediate-Range Nuclear Forces (INF) treaty is expected to boost U.S. Army operations based on the MDO, as its termination will pave the way for enhanced longer-range strike capabilities.

The Cold War accord with Russia bans ground-based cruise and ballistic missiles with ranges from 500 kilometers to 5,500 km. Apparently due to the INF restrictions, the USFK currently has the Army Tactical Missile System (ATCMS) with a range of around 300 km.