SEOUL, Dec. 11 (Yonhap) -- South Korea will speed up discussions with North Korea to work out details of an agreement to hold a groundbreaking ceremony before year's end for a project to modernize North Korean railways and connect them to the South, the unification ministry said Tuesday.

President Moon Jae-in and North Korean leader Kim Jong-un agreed at their third summit in Pyongyang in September to hold a ceremony before the end of the year to break ground for the project to relink two sets of cross-border railways and roads.

As part of the project, the two sides have been conducting a joint railway inspection since last month to check the conditions of the North's railways. They also plan to conduct a similar inspection for cross-border roads before starting construction on the project.

On Tuesday, a senior unification ministry official said that the two sides have been exchanging ideas about where to hold the envisioned ceremony, and the South plans to speed up the discussions to flesh out details as early as possible.

"Holding a groundbreaking ceremony within this year is an agreement reached between the leaders during their September summit," the official said. "It would be most ideal to complete the field inspections on roads and railways before holding the event, but it could be delayed a little depending on the situations."

While the railway inspection is slated to be completed next week, the Koreas have yet to fix a schedule for an additional road study following the one they conducted in August.

South Korea has also been in discussions with the United States about whether the envisioned ceremony would be in violation of sanctions. In that case, a sanctions waiver is required for the ceremony to go ahead. A similar sanctions exemption was granted by the U.N. Security Council for the railway inspection project. 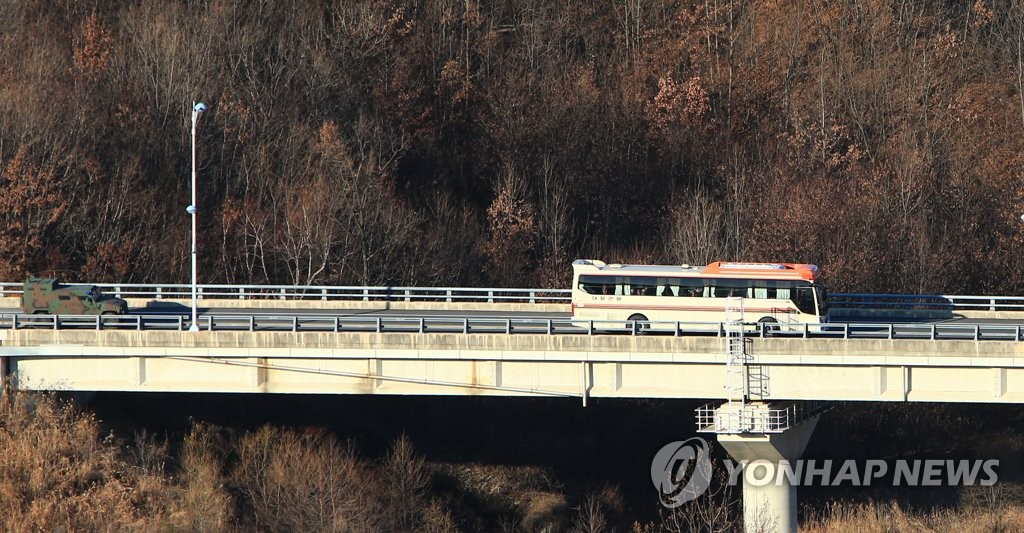 S. Korea to speed up talks with N.K. on groundbreaking ceremony for road, railway reconnection project

S. Korea to speed up talks with N.K. on groundbreaking ceremony for road, railway reconnection project