Now with a new but familiar manager at the helm, Lee said he's looking forward to a fresh start.

Yang Sang-moon, who managed the Giants from 2004 to 2005, is back for his second tour of duty. And it was under Yang in his first stint that Lee developed into the force that he is today. 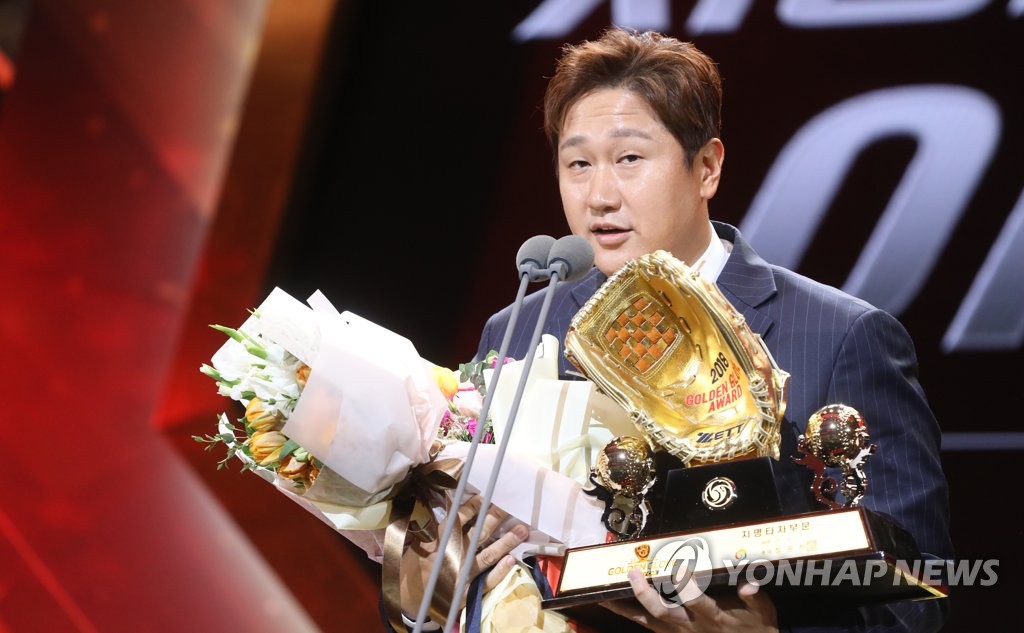 Their relationship is such that Lee, whose father passed away when he was 3, calls Yang "a father figure."

"I respect him more than anyone else," Lee said of Yang after winning his sixth Golden Glove at the awards ceremony Monday. "As soon as I heard he was going to be our new manager, I called him. He knows everything about me."

Lee, 36, made his KBO debut with the Giants in 2001 but didn't establish himself as an everyday player until 2004, Yang's first season as the manager. He appeared in 132 games and hit 20 home runs, both career highs.

Yang kept Lee in the lineup for 2006, and the slugger responded with 21 home runs.

Yang left before the 2006 season, and Lee blossomed into a bona fide star that year, as he won the batting Triple Crown as the KBO leader in batting average, home runs and RBIs.

Lee parlayed his successful KBO career into a four-year stint in Japan and one season with the Seattle Mariners. Lee said he spoke to Yang frequently while he was playing overseas.

But his offensive prowess wasn't enough to get the Giants into the postseason. Lee, team captain for the season, said he took full responsibility for missing the playoffs.

Lee said he asked to be removed from captaincy so he could be free of other distractions.

"I want to focus solely on baseball," Lee said. "If I play better individually, I think the team's record will also get better." 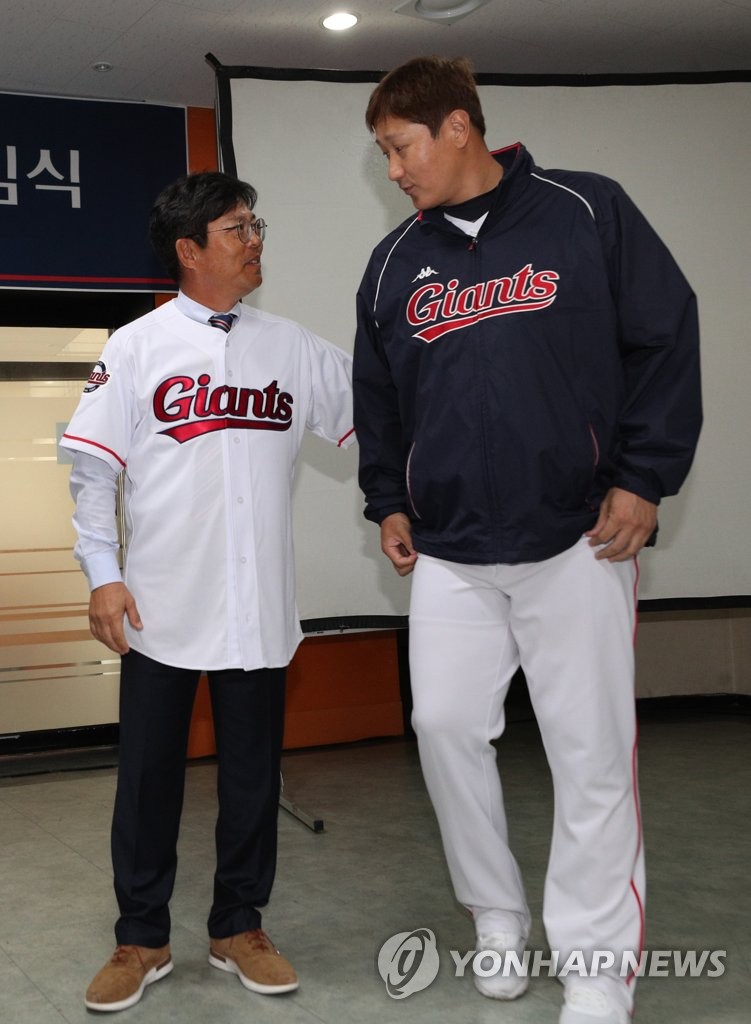